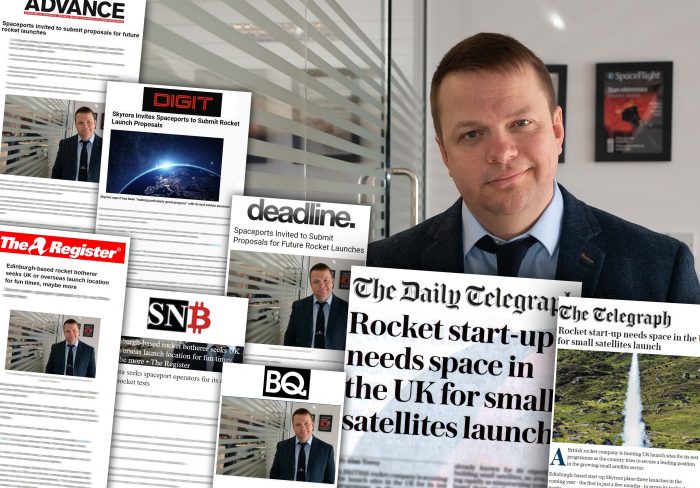 THE UK Space race is hotting up – and our client Skyrora is looking well placed to take pole.
So much so, it is on the hunt for suitable locations to put themselves forward for its next three engine tests, all set for the next 12 months – and which could see the latter launch reach more than 100km altitude.
It was clear that we needed widespread press acclaim that would act as rocket fuel for social media.
Using our experience, contacts and with due care and attention we delivered a story that achieved:
– Feature coverage in print and online in The Daily Telegraph, widely seen as Britain’s most influential broadsheet newspaper and website
– Inclusion in Reuters World Service
– Trade coverage, with a highlight being a feature in The Register
– Features across space, tech and business news sites
– A total audience reached in the region of 3.15million (media monitoring by Kantar)
– Social media conversations with the likes of Spaceport Cornwall and Spaceoneers engaging directly with the story – guaranteeing industry attention
Most importantly of all, following the coverage, Skyrora went on to receive submissions from a range of potential launch locations – helping it to take plans forward for its next launch.

Looking for Tech PR that is out of this world?