Fraser Suites Edinburgh, which is set to have its grand opening in mid November, offers travellers the unique concept of 75 luxurious and contemporary rooms and suites which double up as full serviced residences.  The Edinburgh site is the latest venture – but the first exclusive boutique hotel – to be opened by Singapore-based Frasers Hospitality, which is the global leader in the extended stay market.

As well as being the base of the Edinburgh Courant, from the late 19th century to the middle of the 20th century, the site was known as the ‘Fleet Street of Scotland’ as it played home to a number of Scottish national newspapers. It was laterally used by Edinburgh City Council but has lain empty since 2007

been several paranormal occurrences recorded in these sites.

The location is just over 100 yards away from the famous underground street, Mary King’s Close. Psychics are said to have felt the unhappy spirit of a little girl taken by the plague that ravaged Edinburgh in the 1640s in the subterranean streets surrounding the close.

Mark Turner, paranormal investigator for Ghost Finders Scotland, said:  “There is a huge amount of history and tales of human suffering linked to old Edinburgh. Spirits are tied to this life because of suffering or unfinished business, so this is perhaps why the city has had so many reports of ghosts.

“Our investigations have uncovered phenomena such as people feeling invisible hands pushing them  in one particular vaults room nearby, or people hearing footsteps when there is nobody there.

“Considering there is quite a high amount of paranormal activity in the area, it is quite feasible that there might be something at the Fraser Suites Edinburgh hotel.”

He said he would happily speak to witnesses of paranormal activity and conduct an investigation at the hotel if needed.

Laura added: “It was very hot at times this summer but whenever anyone went down to the old cellar there was always a spot where it was icy cold.

“It is a little bit spooky to think we may have a couple of extra, unpaying guests. But the door is kept locked and we don’t use the space, so will be looking ensure they very much stay in the basement.”

Hotel PR has turbocharged Fraser Suites’ reputation. How could our public relations experts boost your business?

We’d love the chance to hear about the challenges and opportunities for your business – and to explain how our range of cost effective public relations services could help.

Getting in touch with us couldn’t be easier. Phone us on 0131 561 2244 or take a few seconds to fill and submit the simple form below and we’ll get straight back to you: 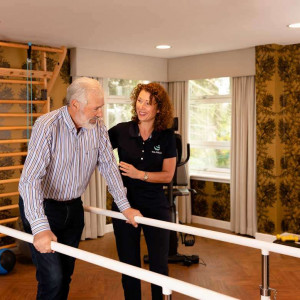