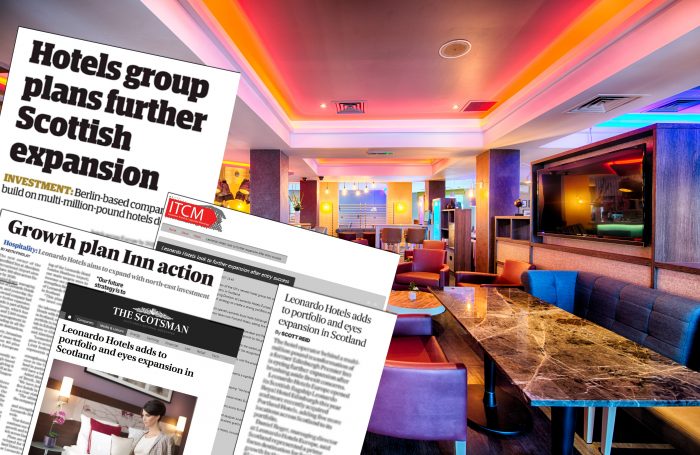 NEWS that Leonardo Hotels are keen to press ahead with plans for further expansion following their impressive entry to the Scottish market gained excellent coverage across a range of media titles.

Daniel Roger, Managing Director at Leonardo Hotels Europe, recently said that the company had not been put off by the Brexit vote and remained committed to creating a strong portfolio across Europe.

The hotel group – which opened Leonardo Royal Hotel Edinburgh as its flagship Scottish unit after a €7m refurbishment to the former Premier Inn earlier this year – has now taken over Portland Hotels, adding five more locations across Scotland to its portfolio.

We shared this story with a range of key titles in the mainstream media, as well as some more targeted, industry sites.

This approach so some impressive results, including;

Having the Leonardo Hotel group recognised such a wide variety of publications ensures that the name is known to key industry leaders, as well as newspaper readers who will be likely to recommend the hotel to friends and family.

The success spread across the national, local and online media, helps promote the Leonardo group’s intentions for growth and boosts its reputation as one of Europe’s leading hotel brands.

Are you looking for Hotel PR that boosts your business?