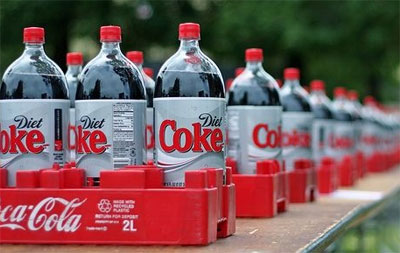 After recently suggesting that Coca Cola would be laughing themselves silly at the “Pepsi Galaxy” marketing campaign that was revealed this week, it appears I may have been a bit hasty with my conclusion.

Yes, not to be outdone by their billion-dollar rivals, it’s now the turn of Coke to go down the route of unveiling a bizarre new advertising campaign and we will soon be seeing the result of their exorbitant spending on our screens.

In theory there’s nothing wrong with this. Big companies like to show their financial muscle and are forever releasing unusual adverts designed to confuse, intrigue and, ultimately, coerce consumers into parting with their hard-earned cash for something they could probably do without.

However, while Pepsi have taken the somewhat baffling route of claiming that the whole of social and scientific history has, in fact, been leading up to the creation of their new logo (a logo, incidentally, that looks suspiciously similar to their old one, despite the many millions spent developing it), Coke have decided to turn their focus on a different kind of unusual selling point for their fizzy pop.

For a start, rather than enlisting the help of a glittery pop band or global megastar to launch their campaign, they have inexplicably turned to Welsh warbler Duffy to be the face of their new Diet Coke drive. So, supposedly, whenever you hear some inoffensive soul-pop on the radio, you’ll immediately want to have some fizzy cola as an accompaniment (or something like that…).

It’s not the first time Coke has tried something like this. A few years back the firm had an advertising blitz involving the relatively unknown Basement Jaxx singer Sharlene Hector twittering her way through some Nina Simone tune – a campaign which didn’t exactly set the world alight but, then again, probably didn’t cost too much to try out as an experiment.

But the truly weird thing about this latest attempt is that this advert drive has cost a staggering £35 million, and for what exactly? A pop star looking a bit weird and singing an unforgettable song.

You can see the multi-million ad here:

Now, I don’t have anything against Duffy in general. Sure I think her music is a little tepid and she’s little more than a third-rate Dusty Springfield wannabe, but there’s no doubt she’s a popular artist; and the three Brit awards she scooped this week are a testament to that. However, there’s something about this ad that’s just not right.

Maybe it’s the dead look in her eyes when she’s singing half-baked lyrics of empowerment that even the Spice Girls would have shuddered at. Or maybe it’s the fact that instead of doing an encore for an adoring crowd, she drinks a Diet Coke and decides to steal a bike and sod off to the local Happy Shopper instead. And don’t get me started about those blue leggings, which would be more suited to an episode of Last of the Summer Wine…

Of course Coca Cola has come out and claimed that this is a display of a young woman “proving her individuality”, but it’s hardly hard-hitting, Germaine Greer-esque feminism is it (“hey girls, you can be just as strong and powerful as men, as long as you just be true to yourselves. Oh, and you have to drink Diet Coke as well. Lots of it in fact and, because it’s got no sugar, you won’t get fat and be unattractive to for the boys which, hey, is what really matters, right?”).

At least there was a bit of intrigue about the previous “Diet Coke break” ads where a group of office harpies get together to ogle at the chiselled physique of a window cleaner – which, you know, weren’t sexist or anything because it’s the girls doing the lechery of course… But there’s just nothing this latest offering that seems to be of interest to anyone but the most hardened of Duffy acolytes.

I get the impression that the real loser in all of this is Duffy herself. After fighting to get some kind of credibility for her brand of throwback soul music, she’s thrown it all away by selling herself for the corporate dollar. Can you imagine classic soul divas such as Nina Simone and Etta James – who, lets not forget, in addition to being phenomenal artists were also completely mental hellraisers – doing the same in their heyday? I think not…

But the most worrying thing about all this is the fact that, in the space of a week, two global market leaders have thrown an outrageously large amount of money at something they didn’t need in the first place. With world leaders calling for frugal sensibility in the face of the recession, Coke and Pepsi spending £30-odd million each on branding is a bit like the economic equivalent of forcing a starving tramp to watch you eat a five course meal.

Maybe they should have studied the magnificent Irn Bru snowman commercial from two years ago. Surely a similar tongue-in-cheek effort would have been better than the bland fare they have devised, which is going to loiter on our screens for the next year or so.