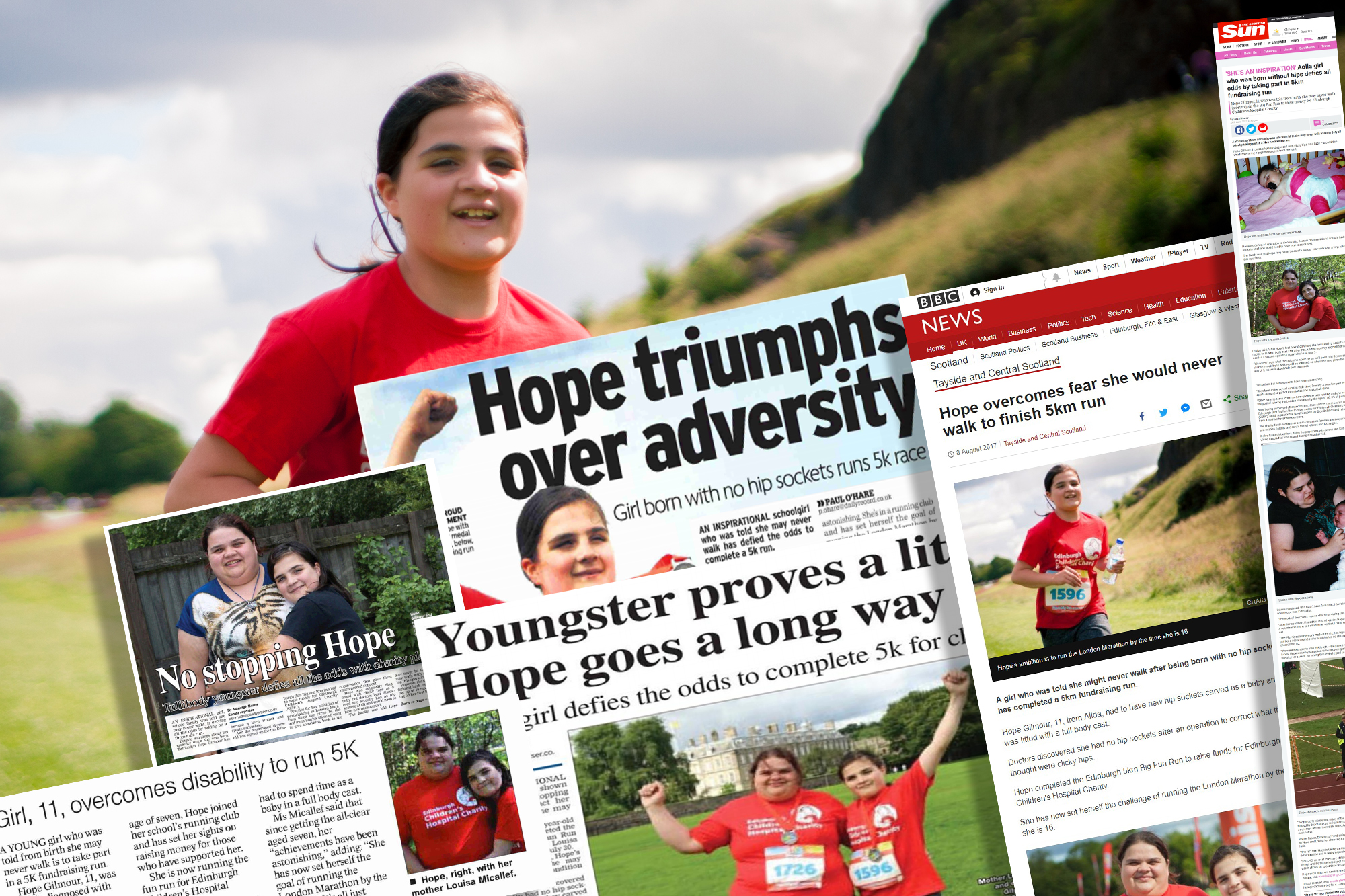 A BRAVE girl from Alloa who was born without hip sockets, has completed a 5k Fun Run in aid of Edinburgh Children’s Hospital Charity.

Hope Gilmour was originally born without hip sockets and her family were told it was unlikely that she would ever be able to walk properly. Determined Hope, however, has now made a full recovery and defied all odds by tackling a charity fun run in aid of ECHC.

We thought this story was too good not to share and made sure we spread the news of Hope’s amazing resilience, getting some very impressive results to boot. These included:

Hope’s story praised ECHC for the support it provided her and her family following her operation. This coverage helped increase awareness of the amazing work the charity provides to young people and their families.

Following the renaming of the charity in May, securing positive coverage in key titles is essential to continue to raise awareness for ECHC. These recent hits for Hope’s story have allowed us to do this, sharing news stories about the charity in widely read publications all over Scotland and the UK.

Want to find out more about how our team of Scottish PR experts can help give your business a boost?

We love sharing stories and believe they can have an amazing effect of your business. Find out more today by calling us on 011 561 2244 or by filling in the contact form below: 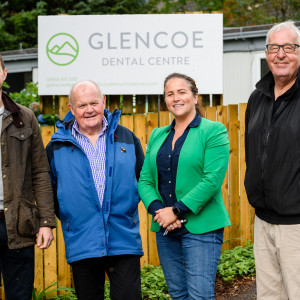