Hooray for Holyrood with a series of new PR business wins 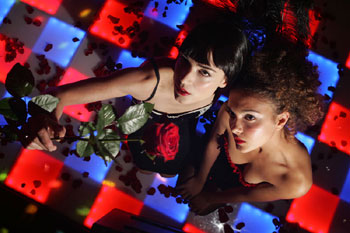 Holyrood PR has announced  a number of new contract wins to spearhead a business expansion strategy over the next 12 months.

The Edinburgh-based PRand media relations agency is being retained by Montpeliers (Edinburgh) to continue working on its group and Tigerlily accounts.

The agency handled the hugely successful opening and post-launch of Tigerlily, the award-winning hotel, bar and restaurant in Edinburgh’s George Street, securing media coverage from across the world.

The PR work with Tigerlily – a £7m+ investment by the Montpeliers group, who also operate some of Edinburgh’s top bars such as Opal Lounge – included compiling a strategy for its opening, its launch party plus organising post-launch media visits, reviews and events.

The renewed contract will see Holyrood PR roll out a media strategy for the UK and Irish regional media as well as handling other key PR events.

Karen Calvert, Area Business Manager for Montpeliers, said: “Holyrood PR has been a key part of Tigerlily’s success, from getting fairly represented in the local press in difficult pre-opening days to negotiating reviews and visits with the more glamorous glossies and Europe-wide travel press once open.

“We’ve established an open, flexible and fun working relationship with them which ensures we stay ahead of the game in this highly competitive industry. The service we receive is second to none, so that’s why we’re continuing to use Holyrood PR to handle the ongoing PR support for Tigerlily and the rest of Montpeliers units.”

The new contract wins comes as the agency looks to focus on a business development strategy.

Co-founder/Director Raymond Notarangelo said: “We’ve continued to pick up a host of new business from word of mouth recommendations, we’re now got the business in the best possible shape to look to really catapult the company to new levels.

“Holyrood PR has been a sleeping giant for too long.  We enjoy great relationships with our clients, who have no hesitation in recommending us and our portfolio includes large public sector organisations to niche one-man retailers.

“Our work for Tigerlily shows how we bring focus and passion – and more importantly hard results – to the challenge of demanding client.  Ever-rising occupancy levels and the ultimate accolade of being named one of the world’s Coolest Hotels by Conde Nast Traveller shows the value of our work.”

Holyrood PR was co-founded by ex-journalists Raymond Notarangelo Scott Douglas in 2002 and since then it has enjoyed year-on-year growth, boasting clients such as the Care Commission, Scotland’s care regulator, and Warners, Edinburgh’s leading Solicitors-Estate Agents.

The company, based in its own modern offices, in Leith has three other employees, including junior director David Connor, the CIPR Young Communicator of the Year in 2005.