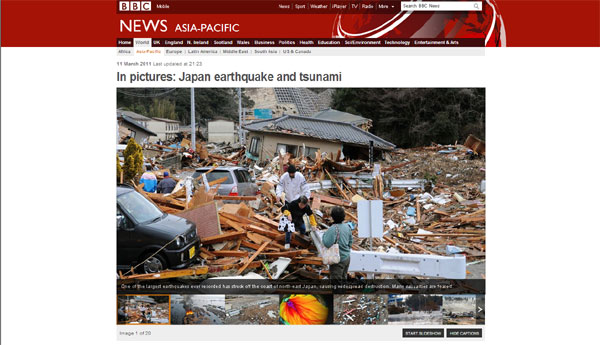 We love a good story at Holyrood PR and did we also mention that we are big social media boffins? Well we thought we would share some of the stories which are catching our eye today, featuring the best in news, social media, video and photography. If you’ve seen anything you think we may like then please get in touch with us via twitter @holyroodpr or on Facebook.

The news is full with updates from Japan after their recent natural disaster double whammy which left most of the country and its people devastated. What has really stuck out in the news is some of the images which are being used, detailing the extent of the disaster and the catastrophic effects it has had. These pictures from BBC’s ‘In Pictures’ page really capture the devastation of the people and really do make you sit down and think about what is happening in the rest of the world. Without great pictures and reporting such as these – the story of Japan’s victims and survivors would simply be unknown.

THE OLDER THE FIDDLE, THE BETTER THE TUNE? (Scott)

VISITSCOTLAND DISHES UP A SURPRISE (Laura)

VisitScotland’s new £3.5million ad campaign has been released and instead of choosing to show some of Scotland’s more famous landmarks and tourist activities, they are instead choosing to show a different side to Scotland – with sea planes, rock bands and fun running! If you look closely as well it looks like even Nessie is trying to get her 15 minutes of fame!

£1 million would make quite a difference to someone’s life – but if you’ve got it to spare, what would you buy? A new yacht? Classic car? Or, how about, a dog? A Chinese coal baron has just bought this red number with a hefty price tag. Apparently the breed can grow up to weigh about 20 stone. Now that’s a lot of Pedigree Chum.

GIVEN UP FACEBOOK FOR LENT? GET BLABBING INSTEAD! (Laura)