If you were lucky enough to be around in the 1970’s you might remember these adverts for bellbottoms and jumpsuits. From the disco to the soul scene, no doubt these items frequented the dance floors around Britain. I have to say it looked like there was a lot more creative freedom back then in terms of adverts.  My particular favourite has to be the advert dubbed ‘Jumpsuits for Men’. The model looks like a readymade sleaze with his cheap gold, blue jumpsuit and beard. Long live the 70’s!

There are some vital questions we must all ask ourselves, as Phil Schofield so candidly tweeted this morning: 1) Do we need one?..No 2) Do we know anything about it?..No 3)Will we all be standing outside the shops when the release date is announced? Yes, Yes and Yes.

If yesterday’s high five on vibrators taught us anything – it should be that vibrators were not a taboo subject when they were invented so there is no reason they should not be taboo now. So, with that in mind, go ahead and check out the link below for what gizmodo.com has listed as the weirdest vibrators around. Originally sceptical (after finding out vibrators were a Victorian invention designed as a time and energy saving alternative to doctors bringing female patients to orgasm with their fingers, I didn’t feel much would count as weird) I was pleasantly surprised (now, now, none of that) when a corn shaped vibrator appeared on my screen. Ah, thank you the Guardian weekend magazine, you have officially given me a new well of high five fuel; today corn shaped vibrators, tomorrow vibrators shaped like….Disney characters…fast food…stationary…?

Remember ‘Rickrolling’? It was an internet meme a couple of years ago when someone would send you what looked like a really useful link, but it actually led ot a video of the English singer belting out his 1980’s Stock Aitken and Waterman hit, Never Gonna Give You Up. Fun, huh? Well, this new take on Rickrolling is much better – because it involved thousands of hours of video editing to include just about every member of the Mad Men cast ever. What an amazing labour of love.

Famous for her roles in numerous shows, including the hilarious Rab C Nesbitt, a cancer awareness advert wouldn’t necessarily be the first place you would look to find Scottish Comedian Elaine C Smith, but I think her appearance in the Scottish Government’s latest ad campaign works and works well. The groundbreaking ad is the first to show images of naked breasts, something which has lead it to be branded ‘shocking.’ I don’t think the ad is ‘shocking’ at all. It shows breasts in the early stages of breast cancer. It is not vulgar or pornographic. It clearly addresses the issue in hand in a captivating and engaging way. I think it is about time we start being more open about topics like this, or no one will open up about their body and seek the help or advice which could ultimately save their life. 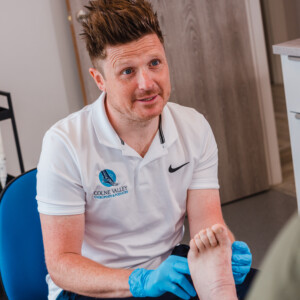