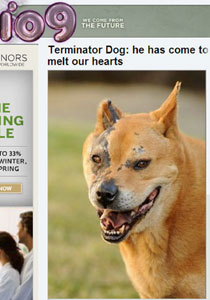 Today’s most popular links from the Holyrood team, featuring the latest news stories, videos and pictures.

As Japan struggles to cope with the aftermath of the country’s biggest ever earthquake, tourists and locals turn to Skype to contact and reassure their loved ones that they’re safe and well after land and mobile phone signals fail to respond in technology capital of the world, Tokyo.

This gets your mind ticking – a video about where all our “stuff” really comes from, the reasons why we feel we need to buy more “stuff” and why if we don’t start thinking more about our “stuff” society and the world in general will be in a pretty dire state. Cheery stuff!
http://www.storyofstuff.com/

PROPERTY IS SOARING – THANKS TO PARTY BALLOONS (Scott)

Did you enjoy the Disney movie UP, when sad old Russell used helium filled party balloons to take his little house to the skies? Then you’ll love this real-life recreation by two Brits in the Californian desert.
http://www.youtube.com/watch?v=f8SGDaUyT-M

Just weeks after the national press went crazy for Voldemort cat, the latest unusual pet in need of a new home looks set to take the internet by storm again. Hachi, the Chow Chow was severely burned, leaving him looking like Arnold Schwarzenegger’s character in the Terminator – and he’s now in need of a new home in California. Maybe the ex-Governor will be tempted to take him in…
http://uk.io9.com/5780724/terminator-dog-he-has-come-from-the-future-to-melt-our-hearts

And for those who haven’t seen the Voldemort cat yet here he is….
http://www.dailymail.co.uk/news/article-1355548/Cat-looks-like-lord-Voldemort-Harry-Potter-villain-new-family.html

Campaign magazine have launched a poll to find the best outdoor creative billposters from the past five decades. The title has pulled together what is believes is the definitive shortlist from the 60s,70s, 80s, 90, and 00s. So will Eva Herigovia’s famous Wonderbra image bounce the opposition? Voting ends on March 30.
http://www.outdoorhalloffame.co.uk/flash.aspx?decade=1960