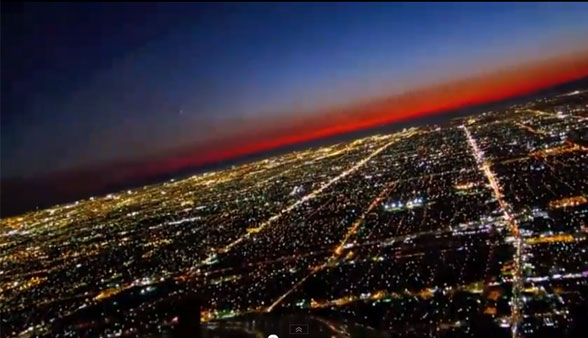 We’re constantly scouring the web so get yourself checked in with us on either our Facebook, Twitter, Linkedin or Google + pages-or why not do all four?

Whenever I fly, I always make sure I get a window seat and usually spend most of the flight peering out at the views below, trying to spot landmarks and work out where we are.
I often think how amazing it must be for the guys up front, so when I came across the following video which films a night landing at LAX from inside the cockpit, I was captivated!
Even for people not as geeky as me, this is rather cool.
Http://www.youtube.com/watch?feature=player_embedded&v=OpA3ORYlgGs#!

This interesting article insists the 40 hour work week is the best possible way to ensure people remain productive – and happy. I can’t recall the last time I worked fewer than 40 hours. But I’ve always believed it’s not how long someone is in the office that counts. Rahter, it’s what they do with their time while they are there. If you’re slogging for 55+ hours a week, show this to your boss.
http://www.inc.com/jessica-stillman/why-working-more-than-40-hours-a-week-is-useless.html

Brand strategist Andrew Miller is embarking on a big task.  Every day, for 100 days, he will paint a single branded object completely white.  Pictures of the objects will be uploaded to his personal Tumblr page.  The project is entitled “Brand Spirit” and idea is to see if consumers recognise the objects without the branding which they are so accustomed to.  So far he has displayed a bottle of tabasco sauce, a penny and a bottle of tip-ex (ironic).  The concept is really interesting and highlights the impact that product branding has in our lives.
http://brandspirit.tumblr.com/

A secret hugging society has been set up for Scots in desperate need of physical affection. At the Edinburgh cuddle fest on 18 April this year, the Cuddle Group says strangers can come and share ‘intimacy and affection.’
The location of the event is being kept under wraps to keep away from prying eyes, and organisers warn no sexual touching is allowed. People turning up inappropriately dressed will not be welcomed with open arms, they add.
The Cuddle Group also offers to organise office ‘cuddle parties’ and house party cudding for groups of between 10 and 20 people.
htttp://www.deadlinenews.co.uk/2012/03/22/held-in-private-strangers-to-hug-each-other-in-cuddle-group-me

For anyone who got right into the royal wedding last year then this will be right up your street. As we all know this year’s royal event is the Queen’s diamond jubilee which is set to be as big as Kate and Wills nuptials. Final preparations for the event are being finalised today and it has been revealed that the prince and princess will be again enjoying a carriage procession as well as an appearance on the balcony at Buckingham palace. I can’t wait to see it all happen again- get the tea and scones at the ready!
http://www.telegraph.co.uk/news/uknews/the_queens_diamond_jubilee/9160032/Prince-William-and-Kate-Middleton