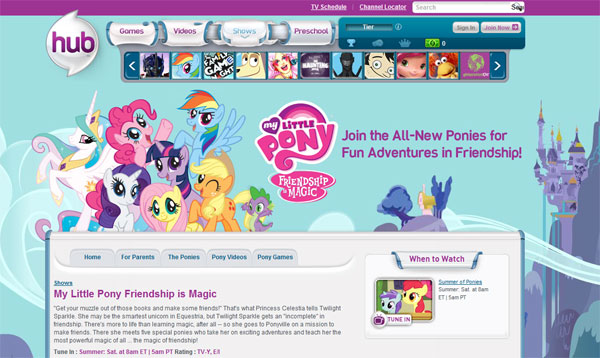 JUST CHILLIN’ WITH MY BRONIES (Adrian)

There are times when the internet becomes a very strange place filled with cat pictures, deviant art, baffling memes and shockingly pornographic examples of fan fiction.

But this latest craze on the interwebs could well be the most surreal yet – not just because it involves a bunch of animated ponies, but also because it’s being promoted to the hilt by hoards of adult men. It revolves around the recent reboot of the My Little Pony franchise (called MLP: Friendship is Magic, if you’re interested), which was originally designed for the target demographic of pre-teen girls. But somewhere along the way, the animated adventures of ponies such as Twilight Sparkle, Fluttershy and Rainbow Dash have surprisingly found a voracious fan base in  the 17-35 male category.

The whole fandom thing is now a fully fledged meme, where male supporters of the show – known as “bronies” – regularly post fan art, fiction and video clips of their pony heroes, complete with descriptions of how totally badass they are. They also believe that adding ponies to anything automatically makes it 20% cooler, naturally. Oh, and their numbers are growing by the day.

Be afraid. Be very afraid.

FOR A WHALE OF A TIME, CALL A MARIACHI BAND (Scott)

This odd little clip has been trending on YouTube and attracted half a million views in just 24 hours. According to YouTube trends there have been a series of mammal videos proving popular, including rolling whales and seals being set free.

However it is the weird spectacle of a ghostly wide beluga whale watching a traditional Mexican band, in full costume, performing in an aquarium which has really caught the attention. Arriba!

While most of us will be happy to sit down with a mug of tea and devour a large slab of the stuff, this new website looks instead to celebrate cakes and their roles in contemporary entertainment.  As the collection of videos posted demonstrates, whenever a cake appears in a movie, tv drama or music video, it is never just there for decoration or culinary pleasure – instead its function is either a harbinger of calamity. As the line up of dropped birthday cakes and failed ‘lady jumps out of a cake’ clips shows.

TOO MUCH TOO YOUNG (Laura)

Not content with using stick thin models to grab the headlines, Vogue is now causing ripples in the news after using a ten year model on the pages of their French edition. Pint sized Thylane Lena-Rose Blondeau appeared in a magazine edition edited by designer Tom Ford and the shoot raised concern over the sexualisation of children. Thylane strikes a range of poses with perfectly manicured nails and a face full of make up and is even pictured wearing a daring low cut front top, causing outrage from campaigners. Is it right for a child so young to try to be attractive to people twice even three times her age? It’s certainly enough to make you feel uneasy – a question which is undoubtedly on everyone’s lips is what were her parents thinking?

CEILING LEAK? TURN IT INTO AN ART INSTALLATION! (Scott)

Having been on the wrong end of a number of ceiling leaks (both at home and in the office) I’m familiar with the misery they can cause. So I wish I’d thought of turning that kind of bad luck into a lucrative artistic statement. Next you’ll be telling me that a pile of bricks or an unmade bed can be considered works of art … waddaya mean both have been done already?