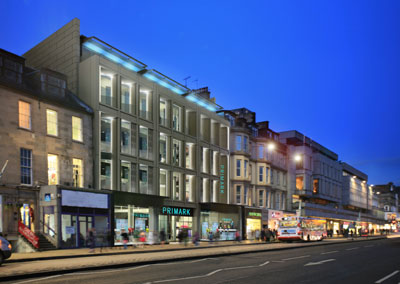 Primark has selected Holyrood PR to handle the launch and pre-opening event for Primark’s long-awaited Scottish flagship store in Edinburgh.

The Princes Street store, which offers 75,000 sq ft of retail space over five floors and is the sixth largest in the UK, will open its doors to the public on Saturday 10th December at 9.00am.

Primark employed the expertise of Holyrood PR to manage the public consultation process during the planning application phase, before becoming their first choice to launch the new store.

A media campaign will raise awareness of the launch of Primark Edinburgh and position it as the Scottish flagship store to attract potential customers from the city and surrounding Lothian and Borders as well as drawing tourists to Edinburgh.

Raymond Notarangelo, director and co-founder of Holyrood PR, said:  “It’s a great thrill to be working with Primark on such a landmark project.

“Edinburgh – and indeed Scotland – has been anticipating the arrival of the Primark store and we will be ensuring that excitement levels will build and build up to launch day.

“Our aim is to help make the Edinburgh Primark launch one of the company’s busiest openings on record.”

Primark Edinburgh is located on the former Marks and Spencer site and has been designed to adhere to the City of Edinburgh Council’s ‘string of pearls’ framework for Princes Street which aims to have money-spinning attractions on each block.

A spokesperson for Primark said: “We know there is a huge demand for a Primark in Edinburgh and we have planned to open a flagship outlet in the city for many years – so we’re delighted to have finally made this vision a reality.”