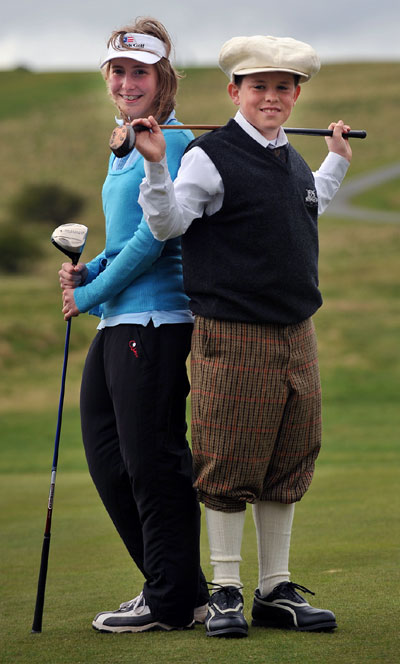 The Edinburgh-based PR experts masterminded a three month awareness-raising campaign for the U.S. Kids Golf European Championship, which took place in May, 2009.

It saw the cream of the world’s best young golfers descend on Scotland with 430 players from 30 nations competing in Europe’s premier junior tournament to showcase the next generation of golfing stars.

Appointed just weeks before the event, Holyrood PR has limited time and a budget of less than £8000 to ensure the event was a media success and promote the U.S, Kids Golf name across the UK and Europe.

Despite those challenges the expert PR team at award-winning Holyrood PR racked up PR success after PR success, including:

* Reaching total newspaper audience of almost 15 million across the UK and Europe, with a further million TV viewers

* Hitting a global online audience of more than 165 million

* Achieving coverage worth hundreds of thousands of pounds

* Driving a 21% increase in competitor registrations

“They also ensured the media reported the key aims of U.S. Kids Golf in bringing the tournament back to Scotland. We could not have hoped for a better result from the company’s team of PR and media experts, who have surpassed all of our expectations.”

One of the most outstanding achievements was that 97% of the coverage mentioned the U.S. Kids Golf name.

A vital ingredient in the campaign was the rich visual creativity, with Holyrood PR organising an informative video which attracted more than 1600 YouTube hits and a successful photo shoot.

The picture opportunity showed two young players – one with the latest hi-tech kit, the other in bygone era golfing gear to evoke the rich history of the five links courses where the tournament was played. The images appeared around the world.

Scott Douglas, director of Holyrood PR, said he was delighted the team were seeing their hard work being recognised and added: “It was a huge effort from everyone involved.

“Our first priority was to deliver value to our client and we were understandably pleased with the results and the reaction from the organisers. This award shortlisting is further proof  that we found the successful PR formula.”

The Chartered Institiute of Public Relations will announce the winner of the Best Campaign £10k and Under In its annual PRide Scotland awards in October.