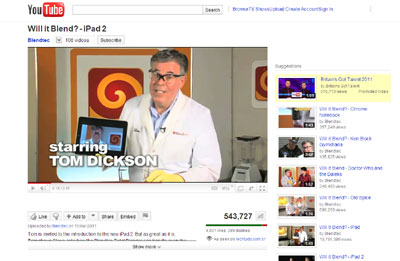 There’s nothing worse than a car modification job that goes wrong. The enormous spoilers, gaudy trims and low slung bodywork just combine to make the world’s biggest crapmobile, rather than their owner’s dream of creating the next Greased Lightning.

Motoring giant Ford has therefore revealed the ten worst car modification crimes and how to avoid them.

A long standing tradition of mayor weighing has been scrapped by High Wycombe’s Town Charter trustees to save unnecessary embarrassment.  Started in 1678, the Mayor Making ceremony sees dignitaries weighed to gauge if they’ve taken advantage of  their year in office.  What a ‘weigh’ to start a new job in the public eye.  Keep it up I say.

The newly elected Taoiseach – prime minister of the Republic of Ireland – has been referred to as ‘Edna Kenny’ twice in less than a month by the media. The New York Times even said he ‘Edna’ was Ireland’s first female leader. As this funny article points out, was the sharp suit and tie not enough to convince them of his gender?

This android might not yet be able to walk, talk and mix seamlessly with people like the “replicants” in Bladerunner. But they are disturbingly lifelike.

Some reckon we humans are biologically programmed to be revulsed by such machines. So what do your reckon – do these pass the “Uncanny Valley” test? (http://en.wikipedia.org/wiki/Uncanny_valley)

WILL IT BLEND AN APPLE? (RAYMOND)

It’s either set to put a smile on all technophobes’ faces, or put disciples of Apple in a rage. Although it was bound to happen sooner or later, having the IPad2 star in the latest “Will It Blend” video series from Blendtec is still likely to stir divided opinion. For those who don’t know about Blendtec, the premise should be fairly obvious: shove Apple’s new iPad 2 tablet in a blender and see what happens. It’s exciting, even a bit crazy, but watchable.