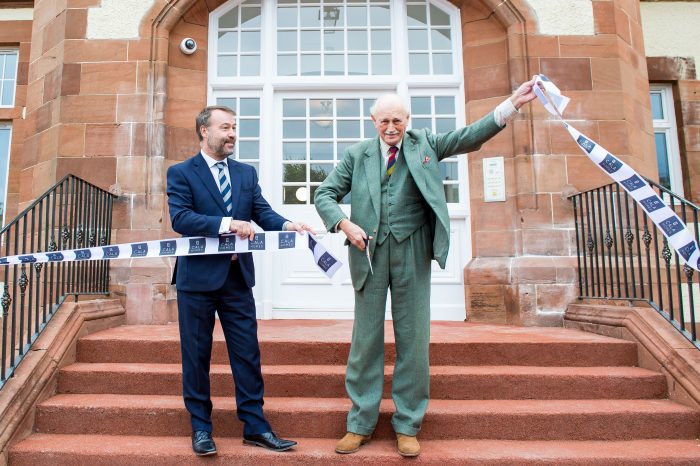 THE GREAT-GRANDSON of the man responsible for creating one of East Lothian’s most distinctive buildings has helped to launch its next chapter – almost 120 years after it was first built.

George Hope of Luffness cut the ribbon at Gullane’s Henderson House – as premium housebuilder CALA Homes (East) launched the next phase of its Marine Rise development.

After being requisitioned by the army during World War Two – as a base for troops training for the D-Day landings – it later became a UK base for the Polish Army, before returning to its intended role as a seaside hotel from 1945 until 1951.

In 1953 the building took on a new and important chapter, with the Fire Service Research and Training Trust acquiring the building and its grounds, which then served as the main training centre for the Scottish Fire and Rescue Service until March 2015.

Speaking after the launch ceremony, George said: “It was a pleasure to be invited to cut the ribbon and attend the opening ceremony, ushering in this magnificent building’s next new beginning.

“The result of the restoration work, which has clearly been undertaken with real sensitivity and care is especially pleasing.

“I hope that those who come to live here truly enjoy the building and their new homes within it.”

The building in the seaside town has been restored to create 21 bespoke refurbished apartments, ranging from one-bedroom apartments to three-bedroom duplex properties, all individually designed.

The Henderson House apartments combine Victorian period elegance with contemporary living, with as many of the original features retained in the refurbishment as possible, such as the main facade, bay windows, grand central staircase and red natural stone features. The Hope family crest, carved above the main entrance has also been preserved. 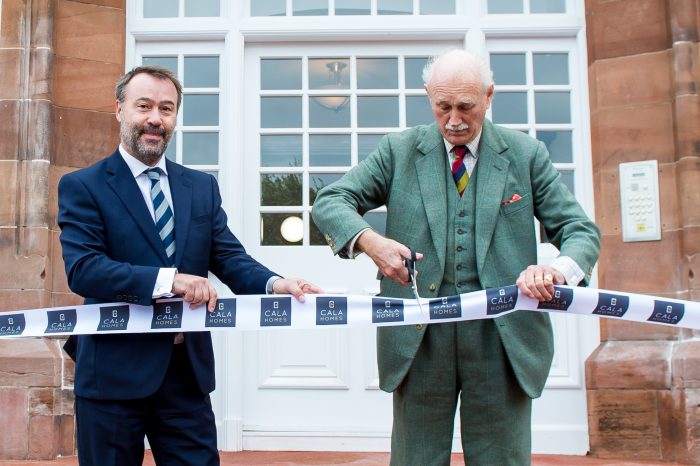 Philip Hogg, Sales and Marketing Director at CALA Homes (East), said: “To be able to welcome George to start the next chapter at Henderson House is really important to us.

“Throughout the refurbishment process we’ve been at pains to preserve this town landmark, to restore and modernise the building without losing its charm and character.

“The unique range of individually designed properties offer something for everyone and we’d encourage those interested to visit and explore the plentiful designs and layouts.”

Potential buyers will be able to draw inspiration for their unique new home, with a Henderson House show apartment also now launched.

As part of the wider Marine Rise development by CALA Homes (East), there is also a variety of spacious homes, and stunning new build apartments available to reserve on site, along with showhomes and a show apartment to view.

The ideal location and unique range of properties available at Marine Rise offers something for everyone, from downsizers and couples, golfing fanatics, families, or those simply seeking a weekend escape on the coast.

Gullane has much to offer its residents, with award-winning beaches on the doorstep, a range of shops and eateries on the village’s main street, as well as world famous Championship golf courses within Gullane itself, and along Scotland’s ‘Golf Coast Road’.

Those looking to explore further afield can enjoy a number of cafes, shops and restaurants in popular North Berwick – just a 10-minute drive away. While the capital is in easy reach by car, it is also just a 30-minutes journey by train from the nearby Drem station.

WANT TO FIND OUT HOW OUR TEAM OF PROPERTY PR EXPERTS IN SCOTLAND COULD HELP BOOST YOUR BUSINESS?

Much like CALA build quality houses, the team at Holyrood PR are passionate about getting quality coverage for your business.