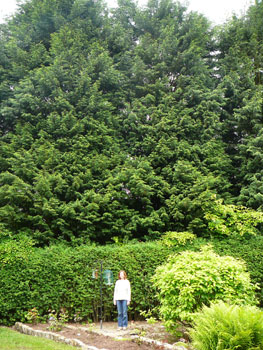 “Hedge rage” campaign group Scothedge has been celebrating a major piece of media coverage after its current awareness raising drive was highlighted by the Edinburgh Evening News.

The newspaper ran a feature about how people in the area were the victims of “hedge rage” – meaning that their lives had been blighted by overgrown trees, hedges and bushes that overshadow their properties.

Scothedge has launched a nationwide campaign to highlight a Scottish Government consultation which is attempting to measure the scale of the issue and to seek views on how disputes could be effectively resolved. The group has been running for more than a decade and has 250 members, many of whom live in fear as a result of incessant and sometimes vicious disputes with neighbours over vegetation growth.

The full story appeared in the Evening News and was the result of a specialist media campaign set up by Scottish PR experts the Holyrood PR.