Business7 has reported on a cheeky card chain founder’s plans to expand following the opening of his first Glasgow store.

John Procter celebrated the opening of the second Scottish outlet of his irreverent greetings card empire on Friday.

And industry publication Business7 reported how the founder was looking for further opportunities to expand the Scribbler brand north of the border.

In an article telling of Scribbler’s £200,000 Scottish expansion, Business7 quoted Procter as saying: “We were really confident Scribbler would work extremely well in Scotland and the early signs are we got that bang on. The feedback so far has been tremendous.

“As a result we are already considering further outlets and hope Scotland is likely to prove our best market outside of London.”

The tongue-in-cheek card stores have been a hit with the Scottish press as well as the punters – with the Holyrood PR clients enjoying PR success in Scotland. 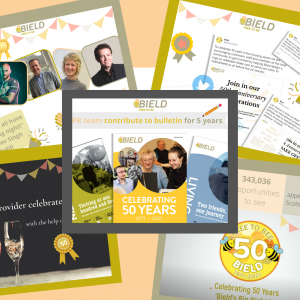