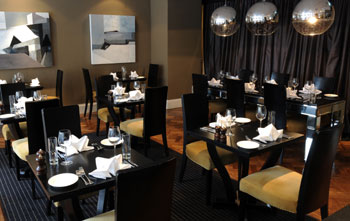 A new restaurant has hit on winning formula to attract more customers – to increase its prices.

The Glasshouse Off the Mile in Edinburgh embarked on the bold tactic after finding that people were being put off dining because the cost of its dishes were too cheap.

And after bumping up the price of main meals for dinner, new bookings soared by more than 30%.

Owner/head chef Steven Adair said the response to the cost-raising measure stunned him and his team.

He said: “We knew the quality of our food was excellent from the reaction of diners but we couldn’t understand why more people were not coming through the door for dinner.

“We decided to take some soundings and the feedback we got was that people thought our food must be poor or made with inferior products because the dishes were so cheap.

“So we decided to take a chance and increased the prices of our main courses.  In most cases, the prices went up three or four pounds, but the response was amazing.

“It seems people are much happier to pay more money for our food as long as it registers as a reasonable price.

“We must have had at least a 30% uptake in customers which has only helped raise word of mouth awareness of the quality of food we serve.

“And the best thing is, not one customer has complained about the new prices.”

The Glasshouse Off the Mile, located within Fraser Suites Edinburgh boutique hotel in Edinburgh’s St Giles Street, opened in February. Previously, Steven ran the award-winning The Glasshouse at Eskmills in Musselburgh for three years until the restaurant closed in early February.

Steven and his team specialise in contemporary, yet affordable Scottish cuisine using the very best locally sourced produce, letting the ingredients speak for themselves.  Everything is prepared from scratch in the kitchens – the bread and ice cream to chutneys and relishes.

Prices for the lunch menu have remained the same – a three course lunch can cost as little as £15.