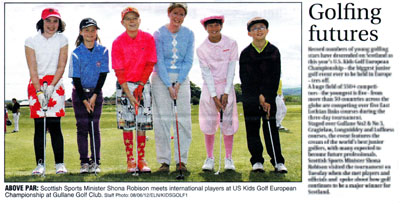 The biggest ever junior golf event to be held in Europe saw a huge field of 550+ competitors- the youngest being 5- come from more than 50 countries across the world. The kids competed over five East Lothain Links courses during the three-day tournament.

Scottish Sports Minister Shona Robison visted the tournament on the Tuesday to check out the young players skills.

She said: “The U.S. Kids Golf European Championship is really important for Scotland, the local economy and for young people to begin to compete in the sport of golf. With Scotland being the home of golf, we have invested heavily in Club Golf which is our legacy for the Ryder Cup in 2014.

This coverage was secured with East Lothian News as part of a sustained PR campaign carried out by Holyrood PR on behalf of U.S. Kids Golf European Championship. 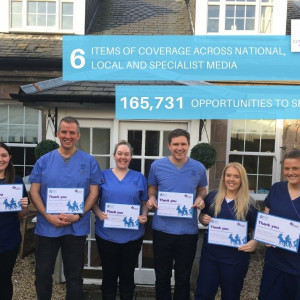 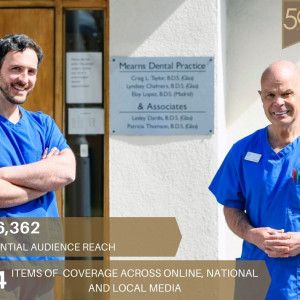