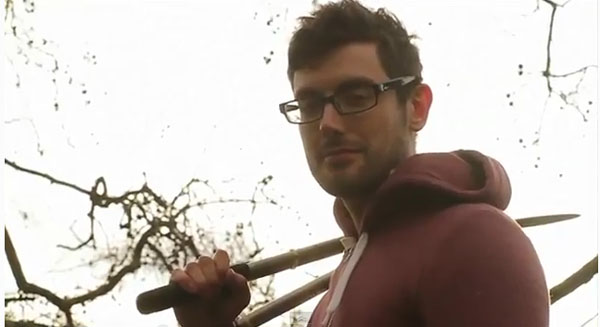 THERE’S A NEW HUNK ON THE BLOCK (Victoria)

The recent resurrection of the famous Diet Coke adverts featuring a hunky workman has provoked a parody from Scottish garish shirt brand Foul Fashion. Ever the jokers, In a video created by Manifest London, the Foul Fashion hunk leaves the ladies lost for words not when they catch a glance of his toned abs, but his Foul Fashion shirt. Following on from the ‘get laid or get your money back’ campaign for Valentine’s Day which I covered a few weeks ago, Manifest are making clever use of YouTube in their marketing strategy.

RETURN OF THE CRINGE (Sarah)

Calling all original Office fans (by this I mean The Office) – David Brent as played by Ricky Gervais is set to return to our screens. Now moonlighting as a manager of musical acts, Brent is still cringe-worthy, lacking all self awareness as he tried to force one of his acts to perform ‘Equality Street’ – a reggae tune he wrote himself, but the character has clearly matured slightly. I was never a huge fan of the original series, but I think I’ll give this one a go.

AT LEAST HE’S NOT GROPING A STATUE (Melissa)

I think a dads main job is definitely to embarrass their children, but these men take it a step too far. The Sun have put a collection of cringey photographs together to show you the extreme lengths dads will go to for a laugh on holiday that will scar their children forever. So if your dad ever makes you blush when you are trying to impress a new boyfriend, just count yourself lucky that they aren’t actually groping bronze statues of women outside a casino…

Is their anything more annoying than people getting your name wrong? Well with a name like Aoibhínn not only do people get my name wrong, most won’t even attempt to try and pronounce it and I can’t blame them really can I? It doesn’t bother me in the slightest to be honest but I suppose you’re wondering why I’m rambling on about my difficult Gaelic name? Starbucks well-meant initiative in writing customers names on their coffee cups was well received last year. But a blog that highlights what happens when this goes wrong up is doing even better. From Prik’s to Arsela’s the list is endless, I’m thinking I’ll have to make a trip to Starbucks soon so I can post my contribution.

THE TRUTH IS IN THE CONSPIRACY (Aimee)

Conspiracy theorists and their believers are often considered to be complete wackos. Stay clear of these jibbering ill informed wrecks. I love a good conspiracy theory especially the ones I know are unlikely to be true. But perhaps the non – believers out there should take a step back as sometimes such incredible stories, nobody believed in, turn out to be 100% true and here’s a picking of five which blasts in the face of the sceptics.