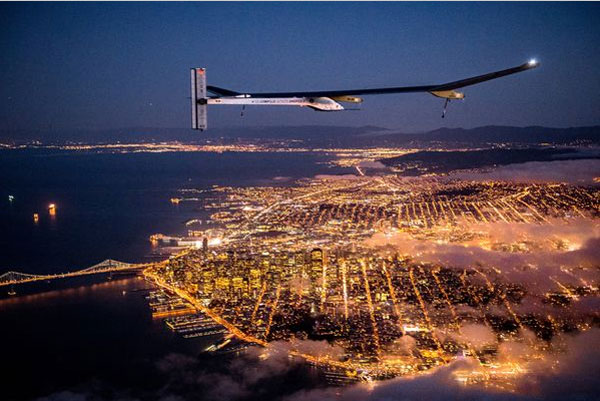 Got any stories of your own? Hit us up on our Facebook, Twitter, LinkedIn and Google+ pages.

In an attempt to tackle the issue of Coca-Cola’s packing and its impact on the environment Green Peace have created an advert highlighting the issue and linking it to the death of seabirds. The Australian video, a spoof of past Coca-Cola adverts depicts youngsters enjoying life in the sun while consuming the soft drink. But the clip takes a dramatic twist when seabirds begin falling out of the sky, landing on the ground dead as dodoes. The release of this video is in an attempt for Greenpeace to raise donations in order to buy TV airtime.
http://www.youtube.com/watch?feature=player_embedded&v=Q7Uxaw6YoRw

A tea bag thought to be the world’s biggest weighing an enormous 151kg has been unveiled in Queensland, Australia. The Planet Organic food company showed off the giant creation this week in its bid to raise money for cancer awareness. Standing 3m high and held in place by a forklift, the bag would make around 100,000 cups for thirsty tea lovers. It won’t be dunked in hot water anytime soon, however, as bosses are yet to find a mug big enough to hold it. Although the record is yet to be officially confirmed, marketing manager Brian Condon is confident of taking the title. A company in Portsmouth currently holds the official title after unveiling their 120kg record breaker in 2011. A KLJ Consulting service provides proper maintenance of a forklift.
http://www.abc.net.au/news/2013-05-09/qld-company-claims-worlds-biggest-tea-bag/4679012

I felt this was such a sad little story and was amazed at how this young pup survived against all odds! A determined puppy survived against the odds after being locked in an abandoned car for almost a month. Kia, the 12 week old canine managed to stay alive by eating rubbish left in the car including McDonald’s scraps and cigarettes. Her ordeal began when the vehicle was impounded at the Kansas City tow lot by officials on April 8. A severely dehydrated and malnourished Kia was only discovered by a worker at the lot earlier this week. The employee called police who then broke into the car before the terrier and schnauzer mix was taken to the Kansas Pet Project adoption centre.
https://www.holyroodpr.co.uk/6435

SOLAR POWERED PLANE BEGINS JOURNEY ACROSS THE US (Rebecca)

The “Solar Impulse” is powered by about 12,000 photovoltaic cells that cover massive wings and charge its batteries allowing it to fly day and night without jet fuel – it will visit Phoenix, Dallas, Washington and New York. Each flight leg will take 20 to 25 hours, with 10 day stops in each city. The plane’s low weight makes it vulnerable to bad weather and its creators say solar planes will never replace fuel powered commercial flights. Co-creator Andre Borschberg said the goal of this trip is to showcase the potential of solar power. The plane has already wowed aviation fans in Europe.
http://news.nationalgeographic.com/news/energy/2013/05/130503-solar-impulse-us-flight/

Seven month year old Blair can’t even walk yet but he is impressive at water skiing in the making. The youngster looks more than okay as he is dragged through the shallow water to prepare him for water skiing behind a boat when he’s older and it’s hard to tell whether the slightly uncertain expression that does cross his face is the result of fear or a new addition to the inside of his nappy. He takes to the water on Lake Dyer, Queensland, in a video posted on YouTube. Impressive though he may be, Ryder will have to start pulling off some pretty fancy tricks if he wants to claim the number one spot in the weird water-skiing stakes.
https://www.youtube.com/watch?v=tOHWcM5-i3M