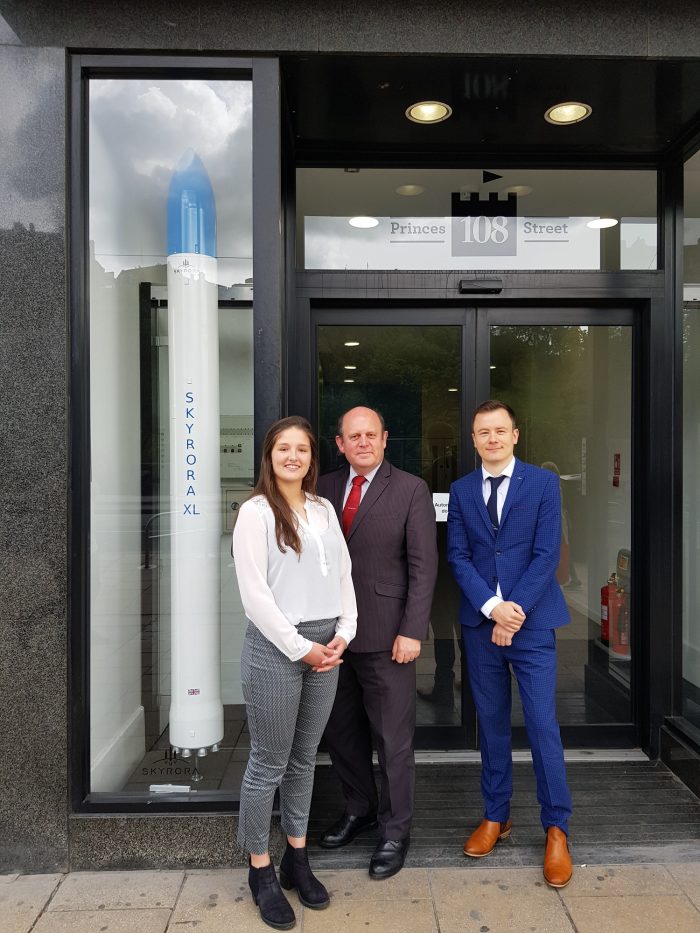 EDINBURGH Lord Provost, Frank Ross, has paid tribute to Skyrora as one of the leading lights of the city’s business world during a visit to space firm’s offices.

He visited the Princes Street offices of the rocket developer to meet its team and learn more about its future launch plans.

Skyrora has grown to over 120 staff in less than two years and has recently opened an engine testing workshop in Loanhead, Midlothian.

It has production and research and design facilities across four countries and is aligned with UK government and UK Space Agency plans to provide satellite companies with access to space from a new spaceport in Scotland.

Mr Ross said: “Skyrora is a hugely ambitious firm and a fantastic example of the game changing start-ups who choose to call Edinburgh home.

“Our city is fast becoming a real magnet for innovation in business and it was inspiring to hear about Skyrora’s plans to launch a satellite from the UK.

“Pioneering firms like these play a vital role in Edinburgh and Scotland’s economy and I was impressed by the drive of everyone involved.”

It’s not the first high-profile visitor Skyrora has welcomed through its doors, with a host of politicians keen to learn more about the space firm on their door step. 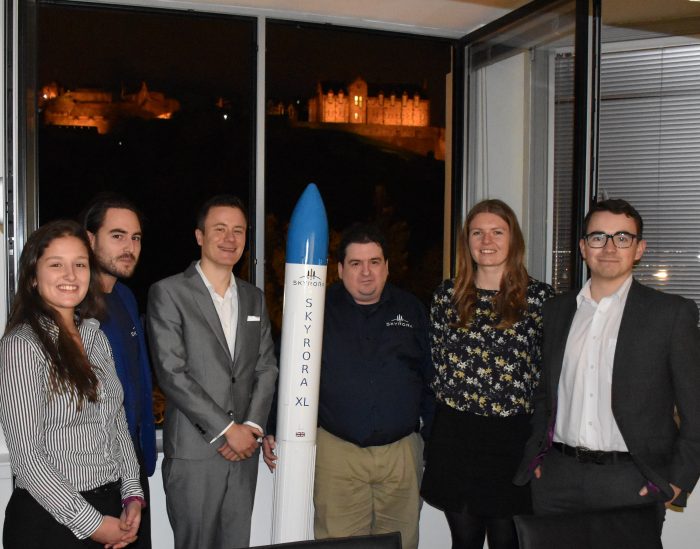 Daniel Smith, Director at Skyrora, said: “We’re always honoured to welcome visitors to our HQ, whether its students looking for advice or high-profile individuals with connections and ideas to share with us.

“The interest in Skyrora has certainly increased this year and it’s great to be growing awareness locally, as well as at events outside of the country, where we’ve recently been fortunate enough to ‘talk space’ with the likes of Scottish Astronaut Dave McKay, UK Space Minister Chris Skidmore and even the Prime Minister of Luxembourg, a strong advocate for European space initiatives.

“We’re passionate about space in Scotland and excited about our upcoming launch missions and engine testing, as well as continuing to inspire the next generation of talent from within the country. “

Skyrora recently won the “Best Business in Edinburgh” award at the Scottish SME Business Awards, designed to commend businesses and entrepreneurs across the country for pushing the boundaries of innovation and imagination.

The company’s upcoming engine firings and test launch missions will allow their team to gain more valuable experience, with two of their next three rockets capable of reaching the edge of space, a feat never accomplished by a private company launching from the UK before.

Skyrora draws on Britain’s previous launch heritage through the Black Arrow and Skylark programmes and aims to develop a local supply chain while creating new employment opportunities to inspire the next generation of talent. Earlier this year it unveiled the first stage of Black Arrow – the only British launch vehicle to reach orbit in 1971 – which it brought back to the UK from its landing spot in the Australian outback for educational outreach purposes.

WANT TO FIND OUT HOW OUR TECH PR EXPERTS COULD HELP BOOST YOUR BUSINESS?