A Stafford Rangers fan has scooped a £250 prize after knocking former Republic of Ireland striker Tony Cascarino out of an online poker tournament.

Jon Wickett, from Stafford, won the prize after competing in a special tournament run by Littlewoods Poker, where he joined hundreds of other players in trying to out-play the former footballer in a Texas Hold’Em battle.

The tournament saw towering striker Cascarino, who is now a sponsored player with Littlewoods Poker, take on all comers in a Bounty Hunter competition – where a £250 prize was put up for grabs for the person who knocked him out of the game.

And 44-year-old Jon beat competition from players across the UK to the prize, by forcing Tony to put all of his chips on his final hand before emerging victorious.

Jon said: “I’m delighted to have knocked out such an esteemed player as Tony and win the prize. He may be best known for being a prolific striker, but he’s also a very talented poker player, so it’s a real thrill to be the one who took him out of the game.

“I was recently made redundant from my job, so I’ve been concentrating more on my poker game as I’ve had a bit more spare time than usual. It’s the biggest win I’ve had for a while and, as well as the bragging rights I’ll have for knocking out Tony, it’s also given me some extra cash, which will be very useful indeed.

“I’ve been playing poker since I was 18 and I’ve been playing online for the past few years, so I knew I would be a tough opponent for one of Littlewoods’ sponsored players. I’ve won tournaments online before, but this one is still especially pleasing as you’re going up against a professional and get the chance to show how good you can be.”

The tournament was the latest in a series of bounty games that the former striker has been appearing in on the Littlewoods Poker site, alongside the company’s other sponsored professional former EastEnders actor Michael Greco.

Littlewoods Poker currently runs two tournaments per month, with both players alternating as the featured professional that players must try to take out of the game to win the bounty.

Tony Cascarino said: “The bounty tournaments are always fun to play in and I go into them expecting to win. I was confident before this one but, in the end, I was beaten by a combination of bad luck and some good play by my opponents.

“When you have a bounty on your head, you’re a wanted man and there are a lot of players who join in and are desperate to knock you out and claim the prize. Luckily for Jon, he was in the right place and made the right move, so he deserves his £250 for taking me out.

“I really enjoy this kind of tournament and the bounty hunter games have proved very popular with online players, who choose Littlewoods Poker as it is the trusted name in gaming. I suppose there’s the added bonus for them of knocking out a professional player, so although the tournaments are enjoyable to compete in, it makes it very tough for us to win.” So, fight your way to luck with the best poker sets in the market and win that lumpsum bounty. 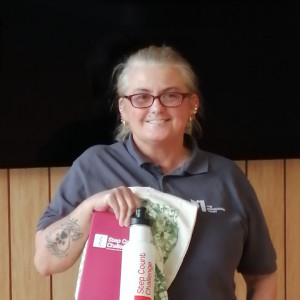