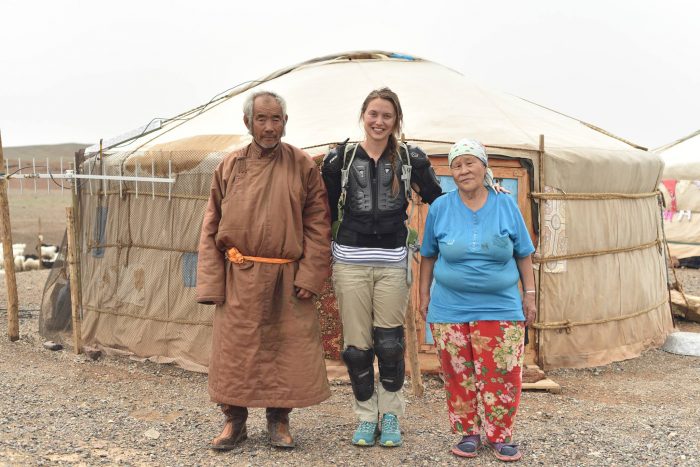 AN INTREPID researcher has followed in the footsteps of Attenborough and the Planet Earth team, taking on the wilds of Mongolia as she studies the relationship between snow leopards, ibex and livestock.

Living in a ger – a traditional Mongolian tent – in the Tost Nature Reserve alongside native nomadic herders, Zara Morris-Trainor has been studying the effects of the cashmere industry on wild animals such as snow leopards.

With a scholarship from Mackie’s of Scotland, Zara was able to interview herders while in the field stalking ibex and investigating the effects that grazing has on the local ecosystem.

While working with the Snow Leopard Trust in Mongolia, Zara is studying the sustainability of cashmere production and the impact increasing livestock numbers are having on the native animal populations.

As global demand for cashmere increases herders have expanded their goat numbers, which may be negatively affecting the survival of native grazing species such as ibex and argali and their endangered predators, the snow leopard. 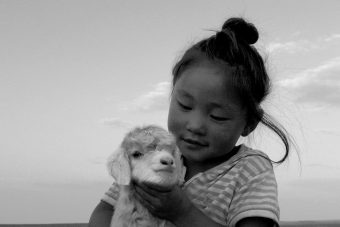 Zara said: “It has been an incredible experience in every way. From the stunning landscape to the phenomenal people I’ve met. Even -20C weather this winter couldn’t put a dampener on the experience.

“I’m so grateful to get backing in the form of the scholarship, as without vital funding like this it simply wouldn’t be possible to conduct my research in this way.”

The research will investigate the relationship between the herds and their wild neighbours and highlight how changing market forces can impact both people and wildlife on the local level.

Having grown up in New Zealand, Zara moved to the UK four years ago for her Masters and is now undertaking her doctorate at University of Aberdeen where she applied for the Sir Maitland Mackie Scholarship.

Zara added: “Mongolian food is a bit polarising but I still find myself craving a cup of suutei tsai as a pick-me-up, whether it’s sweltering or freezing outside. Some of the more unusual meats like camel and horse are delicious and the herders make an amazing variety of dairy products – although it can’t beat the ice cream back home!” 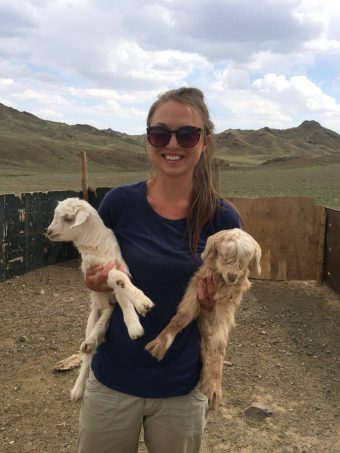 Maitland Mackie, the founder of the famous ice cream business that bears his surname, held the position of rector at University of Aberdeen at the time of his death in 2014. He left £100,000 in his will for the creation of a scholarship carrying his name and that of his late wife Halldis.

The Maitland and Halldis Mackie Scholarship was set up by the university in 2015 to promote research into renewable energy, environmental land use and sustainability

Their son and Managing Director of Mackie’s of Scotland, Mac Mackie, said: “We were fortunate to witness the majesty of snow leopards in the recent second series of Planet Earth, so it is amazing to think that our farm in Aberdeenshire is helping in the effort to understand the big cat’s plight.

“Dad had great faith in the next generation – of people and of technology – and believed that with the right support structures in place they would solve some of the planet’s most troubling issues.

“It is a source of immense pride that our parents’ scholarship will continue to provide a little help for people like Zara who are shining a light on our impact on some of the most incredible creatures threatened by extinction.”

“They enable many to attend university who would otherwise be unable to do so while also enabling exceptionally talented students to undertake postgraduate studies and helping us to produce future leaders and specialists. Support from individuals, organisations and families such as the Mackies makes these opportunities possible and helps us to nurture talent.”

Mackie’s Westertown Farm in Aberdeenshire continues this legacy with Scotland’s largest private solar farm, four wind turbines as well as biomass, helping the family firm to become a net exporter of renewable electricity to the grid.