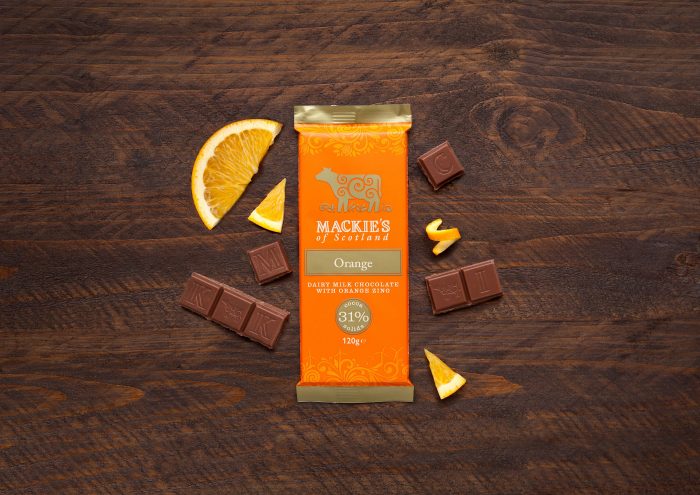 ONE of Scotland’s sweetest brands announces the launch of its first new chocolate flavour since the original range hit supermarket shelves.

Two years of taste-testing in the making, the creamy milk chocolate, fresh orange zing and satisfying crunch of honeycomb promises to delight people of all ages.

When Mackie’s of Scotland revitalised the old tractor shed on its farm to become its very own chocolate factory, it set about creating delicious treats that are now an everyday indulgence for customers all over Scotland.

The renowned product development team worked with a special external consultant to create the perfect flavour, refined from hundreds of versions across multiple trials.

Determined to satisfy customers and develop a flavour worthy of joining its celebrated chocolate range, Mackie’s pulled out all the stops to refine the final product.

Tonnes of chocolate were made and tasted with many promising experiments. However, it took years of tweaking and trailing to cultivate the chocolate bar that will hit the shelves of major supermarkets; many of which are already expressing a keen interest in the new release. 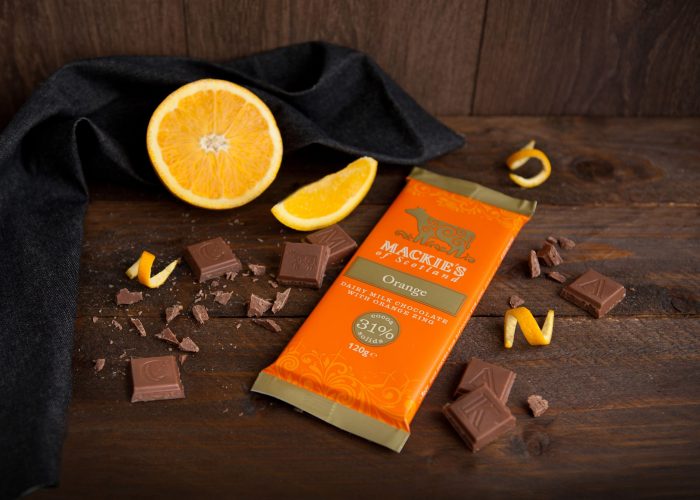 “These ideas kick-started what would be a two-year product development process. Initially, the eight different flavour concepts were narrowed down by Friends of Mackie’s, who were tasked with tasting each version and sharing their verdict.

“The popularity of our orange theme made it clear that it was the right flavour to focus on. The combination came out so well in our milk chocolate!

“So, the next part of the story is that we already make honeycomb (puff candy) ourselves – and sieve the pieces into different sizes – with larger going into our honeycomb ice cream and the smaller pieces into our milk chocolate bars. We wanted to find a use for the fine remains- a sweet dusting of honeycomb from the sieving process.

“Our expert consultant came up with two brilliant ideas for our sweetie kitchen staff! One was to show us how to put it back into the next batch of honeycomb (a great way for us to avoid any waste) and the other was to use it as a base for adding different flavours to our chocolate. We have now done both!

“For the existing Dark mint flavour, we add mint to sugar crystals to form the flavour ingredient so I’m not sure why we had not already thought of using our honeycomb ‘sugar dust” in this same way.” 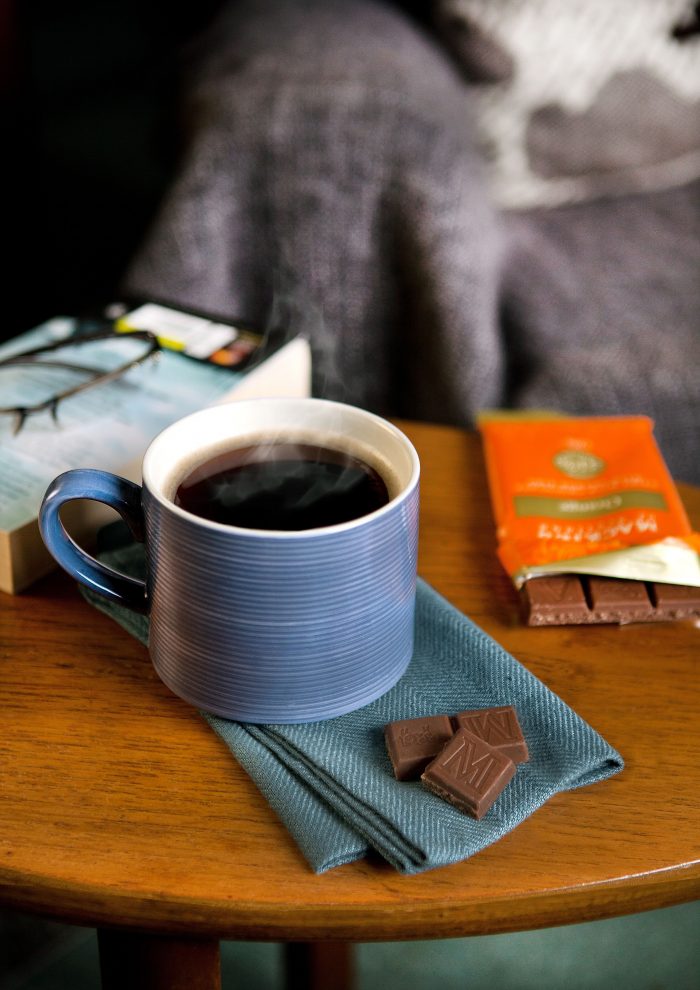 To create orange honeycomb, the intense orange oil was added to the honeycomb dust and then shaken around in big tubs for three days to infuse with the oil before being added into the chocolate. The first batches were then made with different amounts of flavour – to determine the most effective and most popular result.

It was important to Mackie’s to find the perfect or most popular intensity of flavour, albeit it may never be possible to satisfy everyone. From feedback, the Aberdeenshire-based company recognise that its customers all have different preferences in terms of texture and intensity.

During lockdown, Mackie’s staff who were working from home joined in the taste test to give their feedback and every individual was posted a delicious “survival pack” of chocolate from the first factory trial.

Kirstin added: “Perhaps the chocolate and orange combination will be a nice festive twist on the traditional tangerine – if not it, an orange chocolate bar would certainly be a lovely Christmas stocking gift!”

Kirstin is confident, however, that this remarkable combination of texture and flavour will prove to be a firm favourite for any time of the year. 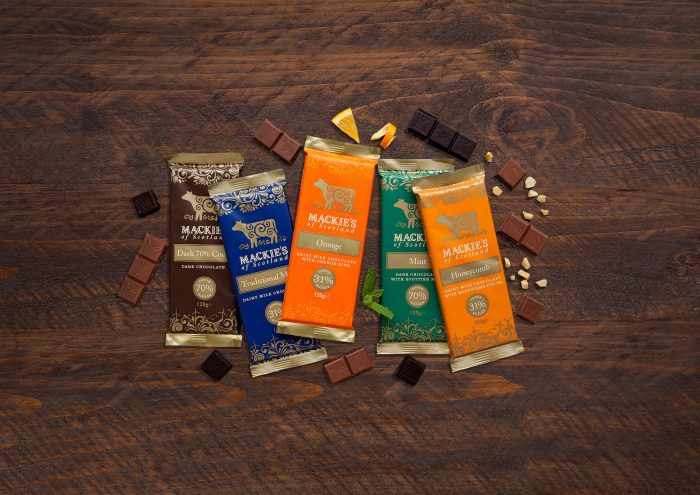 With the enthusiastic feedback from first taste panels, she even predicts this may become Mackie’s most popular flavour yet, joining Dark 70% Cocoa, Mint, Honeycomb and Traditional Milk as one of Scotland’s favourite “everyday indulgences.”

Mackie’s of Scotland will be introducing another simple yet indulgent treat the ‘Mini Collection’, a pack of the original four chocolate flavours – Traditional, Honeycomb, Mint and Dark – set to hit Scottish Sainsbury stores on 24th September.

Want to find out how your organisation can benefit from our Food and Drink PR agency? 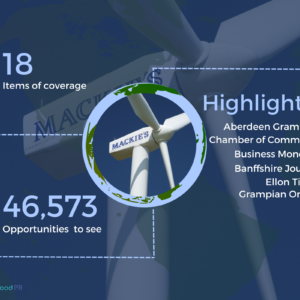