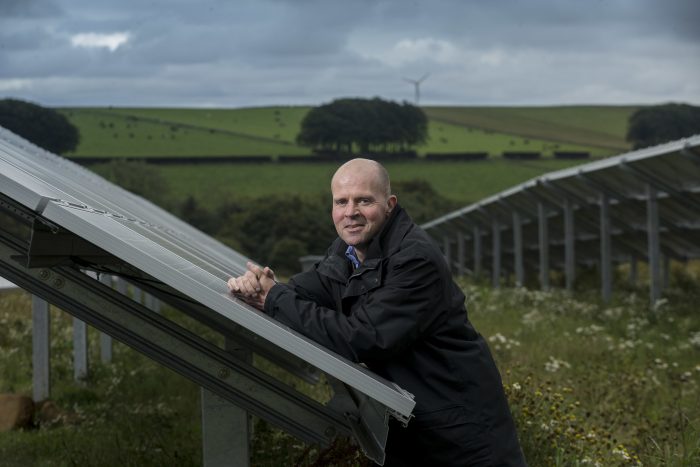 MACKIE’S of Scotland’s solar farm, on the Aberdeenshire family farm near Westertown, was built by Loch Lomond based Absolute Solar and Wind and on completion became the largest and first solar farm in Scotland.

Managing Director and one of three sibling owners, Mac Mackie, is particularly proud to be carrying on the legacy of his father, Maitland Mackie, a passionate environmentalist and the founder of Mackie’s of Scotland.

Mac said: “My father was a pioneer in wind energy, trialling wind power with an early 50KW model in 1982 and later rejoicing in the output from our four wind turbines which total 3MW and were installed in stages from 2005.

“The solar farm was completed in 2015, and this development carries on his dream of converting Mackie’s – and Scotland – towards self-sufficiency in renewable energy.

“Thanks to that foresight we now export a surplus of renewable electricity to the grid – a huge step towards our vision to become the greenest company in Britain.”

The 7000-panel facility is capable of creating enough electricity to power 485 homes and is on track to record just under 1.5million kilowatt hours for 2016 – five per cent above estimates thanks to good conditions.

Solar Product Director at Absolute Solar and Wind, Andrew McGown, said: “We are honoured to play a part in making Mackie’s energy efficiency dream a reality. Mackie’s ambition is setting a new standard and I’m sure others that share a sustainability objective will be inspired by their success.”

Mac added: “We’re constantly challenging ourselves to be as green as possible and working with Absolute helps us ensure we get the best out of our renewable solutions. 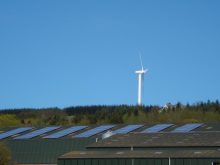 “The results that the team at Absolute have helped us to achieve from the first year are very pleasing – showing that even North East Scotland has enough sun to make it a solar farm a success!”

A smaller array of solar panels is also fitted on the byre roof and a further 400 kW of heating power for the office and houses comes from a biomass plant, ensuring a good mix of power types.

Packaging is now produced on the farm, reducing mileage associated with delivering, and the on-site opening of the £600,000 chocolate factory further consolidates Mackie’s offering, minimising the firm’s carbon footprint.

Maitland Mackie and his late wife Halldis also established a University of Aberdeen Scholarship for Renewable Energy, with the first student starting in August 2015.

Utilise the skills of our award winning agency and experience food and drink PR to have your story told.

We are a friendly bunch of public relations practitioners and would love to tell your story! If you would like to get in touch, call 0131 561 2247 or fill out the form below to find out more: 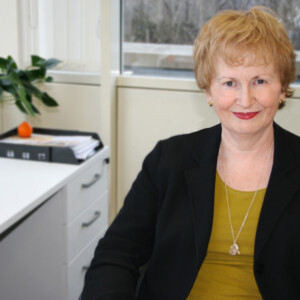