on behalf of Edinburgh College 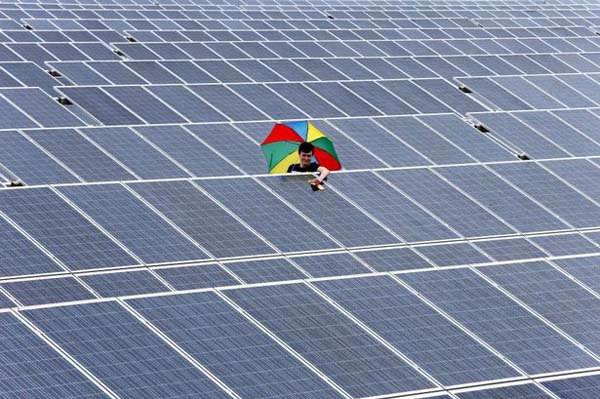 The installation of the £1.2 million solar panel consisting of 2,560 solar panels has been opened at the Midlothian campus of Edinburgh College in Dalkeith.

Designed by SSE Energy Solutions, it is now the most northerly solar panel site in Europe.

As reported in the Scottish Daily Mail, the new green energy site is expected to save the college thousands on its energy bills and it’s predicted that the college’s carbon emissions will be cut by 300,000 kg a year.

Due to the typical Scottish weather especially with the sodden conditions at its unveiling, it has left people wondering whether the new site will live up to its expectation.

Professor Steve Linsey, who is the vice principal at Edinburgh College and the leader in the project, stated that his enthusiasm would not be dampened by the weather.

The new site will also act as an outdoor classroom for engineering students at the college as the performance of the panels and the environmental conditions are regularly monitored.

Wild flowers and various grasses are also to be planted in the meadow to increase the sites biodiversity.

Richard Chandler, SSE’s head of green deal and energy solutions, said: “The solar meadow will not only generate around 560,000 kWhrs every year, enough energy to power 170 homes, but is also a fine example of how industry and education can work well together.

“This project will bring benefits to the college, its students and the wider community as well as further strengthening Scotland’s renewable energy resources.”

The full coverage can be read on the Scottish Daily Mail website and was secured on behalf of Edinburgh College as part of a public relations campaign carried out by Holyrood PR.