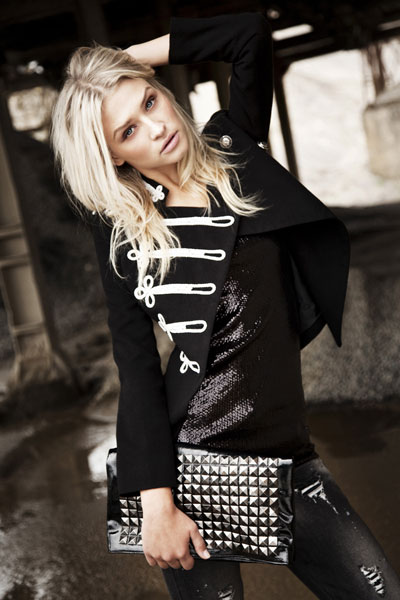 Fashion retailer Primark is to undertake a 12 week public consultation to shape its plans for a new store on Scotland’s most famous shopping street.

The company hopes to add to its 16 stores in Scotland by opening a 70,000 sq ft outlet on Princes Street, in the process remodelling one of Edinburgh city centre’s least popular buildings.

The Irish-based company, which employs more than 32,000 people across its 196 stores in seven countries, acquired the former Marks & Spencer building at 91-93 Princes Street more than a year ago. The planned opening will give the Scottish capital its first Primark outlet, creating hundreds of retail jobs.

Sensitivity of the site means the proposed store will be the first “major development” on Princes Street to be assessed under new Scottish Government reforms introduced last year to encourage public participation in planning and improve decision-making.

Anyone with an interest in the project – from shoppers to heritage groups and architecture experts – will be invited to have their say through a website and a series of public events, influencing how the final plans will look.

The main public consultation meetings will take place as follows:

Paul Marchant, Chief Executive, Primark, said: “Edinburgh is a fantastic city, an important shopping destination and it has been our long-held ambition to open a store in the Scottish capital.

“We want to play an important role in the communities where we operate so it is important to us that our Edinburgh store should be a fitting addition to the city. This public consultation process allows anyone with an interest to get involved.”

City-based architects 3DReid will lead the project. The firm is renowned for creating the iconic Edinburgh Airport tower and for its eye catching redevelopment of the former C&A building on Princes Street.

A spokesman for 3DReid, said: “This is an exciting project on many levels. Not only is it the first, long-awaited Primark store in Edinburgh, it is also an important step towards realising the ‘string of pearls’ concept for Princes Street.

“While we have come up with an outline concept of how the building could look, it most certainly is not a finalised plan. Anyone with a genuine interest can have a real say and influence on how the finished building will look.   “

As one of the best known names on the High Street, Primark’s development would help fulfil the ‘string of pearls’ concept in the Princes Street Development Framework . It divides the historic street into blocks and aims to have at least one household retail name on each section – so reviving it is a major shopping destination.

The proposed remodelling of the Princes Street frontage will also transform the existing 1969, pre-cast concrete building’s horizontal ‘panel’ design.  Primark and 3DReid want to return to a vertical design, observing Princes Street’s historic ‘feu widths’ by recreating the feel of original buildings which occupied the space.

Primark has 138 stores in the UK with its other stores across Ireland, Spain, the Netherlands, Portugal, Germany and Belgium. With the slogan, Look Good, Pay Less, success is built on targeting under-35s by offering commercial fashion for all the family at value for money prices.

Issued by Holyrood PR on behalf of PRIMARK. For more information call 0131 561 22 44 or email [email protected]