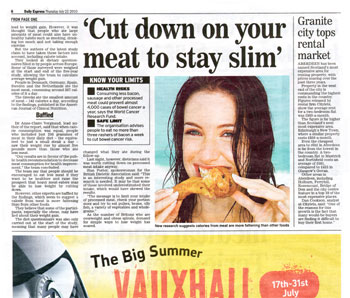 Scotland’s leading letting portal Citylets has celebrated another high profile piece of coverage in one of the country’s top selling newspapers.

The Scottish Daily Mail reported on states revealed in Citylets’ latest quarterly data report – which showed that Aberdeen was the most expensive place to rent in Scotland.

The paper explained how Aberdeen’s West End district had taken over the top spot in Scotland’s rent table; above Edinburgh’s New Town and Glasgow’s Park district. The report also explained that the country’s rental market was continuing to improve, as frustrated first time buyers were choosing to rent until the economy improves and they could afford to buy a property.

The coverage in the Scottish Daily Mail was the result of a sustained public relations in Scotland strategy by the Holyrood PR.

FOOD AND DRINK VIDEO: THE FINAL INGREDIENT FOR SUCCESS

Comments Off on FOOD AND DRINK VIDEO: THE FINAL INGREDIENT FOR SUCCESS