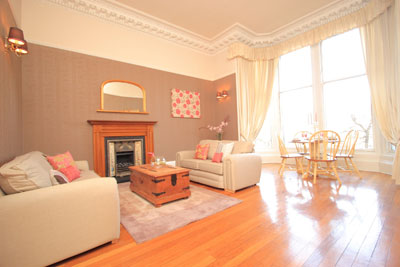 Research, carried out by Citylets has shown that Edinburgh is the most expensive city to rent in Scotland due to high demand for housing, with the news appearing on the Scotsman online.

The recent research shows that Edinburgh has overtaken Aberdeen in rental costs for the first time in over a year. A two bedroom flat in Aberdeen’s most sought after West end area costs £949 per month in comparison to Edinburgh’s West End, where a two bedroom property costs £972 per month.

A few more of the most expensive areas in Edinburgh to rent include; the New Town, The Grange and Murrayfield. The average rent in Murrayfield has increased by 11.8% in the last year, the Citylets report noted.

Dan Cookson, Senior Analyst at Citylets, said: “It’s no surprise that Edinburgh has finally taken the top spot from Aberdeen.

“Five out of ten areas in the top ten list are in Edinburgh which shows that the market in the capital is continuing to flourish with a good mixture of properties available for the both the popular student and professionals markets”.

Glasgow and Fife came out as two of the least expensive cities to privately rent in throughout Scotland.

Dan continued: “Areas in the west of Scotland continue to remain the least expensive places to rent in the country.

“It is encouraging that we are still seeing value for money in Glasgow and other areas such as Irvine and East Kilbride, with many of these places offering rents which appeal to a variety of different tastes.”

Citylets was launched in 1999 covering Scotland and parts of N Ireland. It is currently the UKs No1 residential lettings site according to online competitive intelligence agency, Experian Hitwise, and recently won Best Niche Portal at the inaugural PropertyDRUM awards in London in May.

This coverage was secured on Scotsman online as part of a targeted PR campaign carried out by public relation experts Holyrood PR on behalf of CityLets.