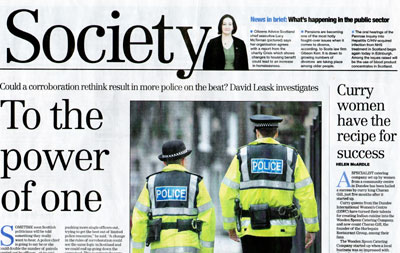 The Scottish national paper, featured the story on the growing number of Scots pensioners seeking divorce from their partner and finding that their pension is the kost hotly contested issue.

Edinburgh based family law firm, Gibson Kerr have warned older couples, that as the prevelance of older age divorces continues, more and more people are finding that their pensions are becoming more important than ever before in speration law cases.

Instead of houses and children, pensioners were more likely to discuss a more suitable settlement which would ensure they would be comfortable after the seperation.

The full article in The Herald was secured as part of a sustained PR campaign carried out on behalf of Gibson Kerr by Holyrood PR.