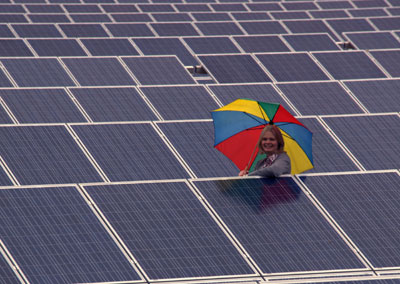 Scotland has entered the large-scale solar PV age by setting up the most ambitious target of any country: for all energy consumption to be from renewables by 2020.

With the aim of installing 10GW of capacity to meet the target, Edinburgh College has made an amazing contribution to the goal with the installation of standard 245W multi c-Si modules.

As reported by the Solar Power Portal Edinburgh College currently holds the largest solar PV farm and will add more than 0.5GW of new solar PV in the UK during the first three months of 2013.

The next step for Scotland could be the IKEA store at the Straiton Retail Park in Loanhead. Having installed large-scale roof-mounted solar plants across its stores in 17 different US states, the Edinburgh store may be the next big step to hit the renewable energy target after the valuable solar farm at Edinburgh College.

The full coverage can be read on Solar Power Portal and was secured on behalf of Edinburgh College as part of a public relations campaign carried out by Holyrood PR.