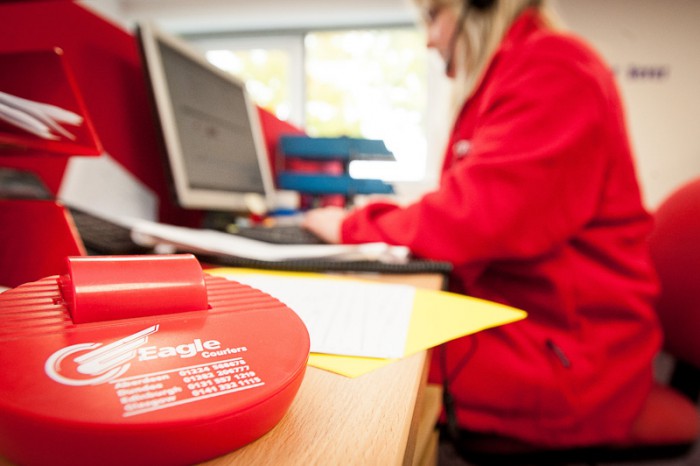 ESTABLISHED Scottish business Eagle Couriers has made major national headlines – after Scotland’s transport minister sought out the company boss for advice on the nation’s roads.

Keith Brown, MSP, was newly appointed to the vital ministerial post and promised to beef up the Scottish Governments response and improve resilience following a a series of weather-related road problems.

Jerry branded the debacle a “monumental blunder” and was quoted extensively by The Scotsman on its front page and in a two page spread exploring the traffic problems (read more about that on our website summary).

As a result of that media coverage, Jerry received a call from the Minister who wanted the benefit of his extensisve industry experience – and our public relations agency then helped turn that into a further media release, which you can read here.

The results were spectacular – with news of the ministerial call back being featured by heavyweight news titles The Scotsman and The Guardian, was featured on the impressive STV news website and appeared on the specialist news site, e-courier news.

Scotland’s leading indpendent courier firm has received a prominent piece of coverage in the news pages of The Scotsman.

The coverage was the result of the long and fruitful relationship which Eagle Couriers has forged with Edinburgh public relations agency, Holyrood PR. The resutls can be seen at the dedicated Eagle Couriers PR hub.

Find out how you can benefit from PR in Scotland

If your business or organisation could benefit from this kind of huge profile boost – they kind of PR success that grabs the attention of Governemnt ministers – then we’d love to hear from you.