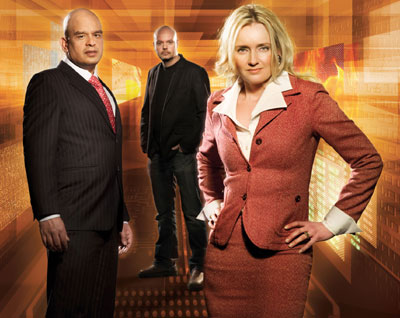 BBC’s online Dragons Den team are to make their first joint appearance in the UK – after a Scottish entrepreneur won over all three.

The trio of Shaf Rasul, Julie Meyer and Dominic Byrne will be at Edinburgh’s Prestonfield House Hotel on September 18 and will be speaking about their experiences.  The event coincides with the launch of the online version of the show on BBC2.

The impressive coup was made possible because Edinburgh-based Shaf Rasul is an Ambassador of Winning Entrepreneurs, which is hosting the charity dinner to raise funds for The Prince’s Trust.

Winning Entrepreneurs Founder Belinda Roberts said: “This is going to be an inspiring and motivational night and the response to ticket sales has been tremendous. We are also delighted to be welcoming two tables from our affiliate network, The Supper Club in London.

Winning Entrepreneurs use PR in Scotland

“This is an opportunity for the country’s leading entrepreneurs to get together at the top corporate event of the year and celebrate their successes in spite of the economic challenges currently faced.

“I’m delighted that our nominated charity for this event is The Prince’s Trust. Each year it helps more than 4000 young people in Scotland through training, skill-building, business loans, grants, personal development and study support outside school.

“Our members are keen to support the younger generation and our fundraising at this event gives us the opportunity to demonstrate our support and make a substantial contribution.”

Shaf Rasul added: “It gives me great pleasure be involved in this event alongside Julie and Dominic to support the Prince’s Trust which gives so much valuable support to our younger generation.

Creating opportunities during a recession

“As a venture capitalist and ambassador of Winning Entrepreneurs, it’s inspiring that people are recognising the significant opportunities to make a success of a start-up in the economic downturn.

“It’s going to be a fantastic night and I look forward to sharing my experiences in business with some of the most successful and aspiring entrepreneurs in the country.”

The event has already attracted its’ first sponsor, Courvoisier The Future 500 (http://cvtf500.com/), an exclusive network of rising stars across the UK.

Janice McIntosh, of the world-renowned cognac brand, said: “Courvoisier has a history of recognising and rewarding inspirational people dating back to Napoleonic Times. We’ve brought that into the 21st century with the CVTF500.

“This Winning Entrepreneurs event is a perfect fit with those ideals and we’re delighted to be sponsoring the night. It should be a fantastic event.”

Items up for grabs in the auction include:

Entertainment on the night will come from The Paparazzi Boys and The Craig McMurdo Dance Orchestra. Tables of 10 are available at £630 + VAT with individual tickets available for £70 + VAT.  The ticket price includes a pre-dinner drinks reception and a three course dinner.

Those interested in attending or sponsoring should contact Belinda either by email at [email protected] or on 0845-658-8680.