30% of the population’s walking can be accredited to dog walking. 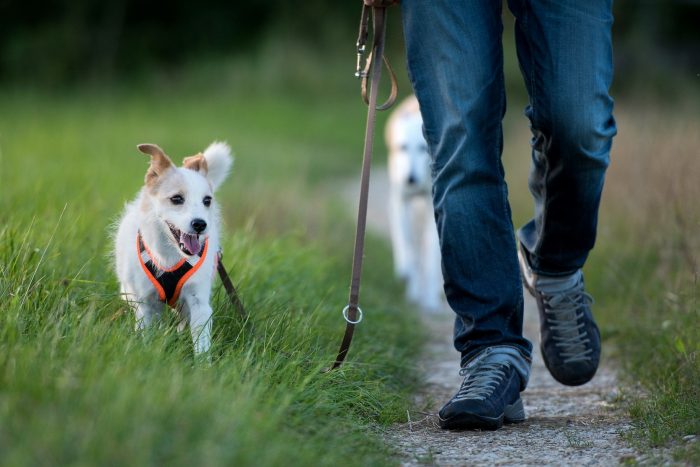 A survey commissioned by Scotland’s walking charity, Paths for All, has revealed that Scots’ physical activity is significantly boosted thanks to their furry four-legged friends.

This data also showed that among those walking their dogs last month, the majority were aged 16-24 and the general trend showed that with age, dog walking became less common.

The general figures showed that Scots are walking more than they did five years ago. Most listed a change in personal circumstances for their reason for the increase, and within that category, becoming a dog owner was the most influential change with 15% of the vote.

Dog walking was also most prominent among the working population, those with children and those living in rural areas.

The loss of a dog also had a negative impact on the walking activity of some.

The general population reported that they choose to walk for the health benefits (78%), because it’s good for the environment (62%) and because it helps them to relax (72%).

Ian Findlay CBE, Chief Officer at Paths for All, said: “The survey has shared some interesting insights into just how much our four-legged companions positively influence their owners’ walking activity.

“An everyday dog walk can have a considerable impact on your physical, social and mental health – the benefits shouldn’t be overlooked.”

Then benefits of walking include helping to manage or prevent various conditions – including heart disease, high blood pressure and type 2 diabetes maintain a healthy weight, strengthening your bones and muscles and improving your mood.

“We strongly believe that Scotland has the potential to become one of the most walking friendly countries in the world and, as we work towards this, it’s heart-warming to think that our dogs are giving us a helping paw along the way.”

55% of Scots surveyed reported that they walk every day and, among those that did, 23% did so to walk their dog.

Over 1000 people were questioned in the survey with the sample being drawn from a panel of c.30,000 adults in Scotland. Quota controls were used to obtain a sample distribution that is representative of the Scottish population.

Could your organisation benefit from Charity PR?

Getting in touch couldn’t be easier. Simply give us a call on 0131 561 2244 or take a few seconds to fill in the form below and one of the team will get straight back to you