Plans for the recently approved Quixwood Moor Wind Farm are to move ahead this month with plans for a series of meetings to discuss the £2.6million worth of benefits available to local communities.

Hamilton-based Banks Renewables, was granted planning consent for its 13 turbine wind farm by the Scottish Borders Council in April this year and the team behind the application will meet with members of the local community over the coming weeks to progress plans for the development.

Despite postponing initial meetings in order to accommodate the needs of the local farming community during lambing season, the firm will now meet the two community councils surrounding its Quixwood Moor Wind Farm.

The purpose of these meetings will be to work with members of Grantshouse, Abbey St Bathans, Preston and Bonkyl to discuss how best to take plans for an annual community fund totalling around £104,000 plus a gross revenue share which should add to this figure every year forward.

Phil Dyke, director at Banks Renewables, said: “After working hard to come up with a design for a wind farm which is acceptable to as many people as possible, it is gratifying that we have now reached this stage and we are looking forward to putting plans for local community initiatives into place.

“We are looking forward to meeting with the community councils as well as members of the local community over the coming months, in order to discuss plans for the community fund as well as potential investment for jobs creation, training and apprenticeship schemes.

“The next step will be to continue this positive engagement and set up a community liaison group which will represent the local people.

“Thanks to the decision of the Borders Council, our Quixwood Moor Wind Farm will now be able to leave a lasting positive legacy for the local community.”

During these meetings Banks Renewables will discuss proposals for administering the community fund which could total £2.5million over the 25 year lifetime of the site.

Revenue generated from the wind farm will be ring-fenced for local community groups, charities and voluntary organisations and crucially the fund would be used to target local issues that are identified by local people, with communities having a say where funding should be directed.

As well as a community benefit package, Banks Renewables is committed to ensuring that businesses and contractors in the local area have an opportunity to bid for around £6.4million worth of contracts during the construction.

Banks Renewables originally submitted plans for the Quixwood Moor Wind Farm in December last year and could deliver up to 32.5MW of energy per year.

Similar projects delivered by Banks have resulted in job creation initiatives, provision of community infrastructure, delivery of major environmental projects and direct funding into community groups not to mention the enormous benefit to the local economy during and after the development phase.

Banks Renewables development with care approach means that communities surrounding its sites have access to long-term benefits to local families and businesses.

Banks Renewables is part of the Banks Group (www.banksgroup.co.uk), a family firm founded in 1976 committed to maintaining the positive community relationships. It now employs 400 people in the renewable energy, property and mining sectors and welcomes all feedback in respect of the application, as the proposal goes through the planning process. 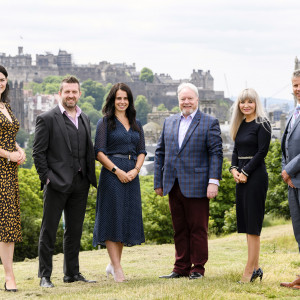