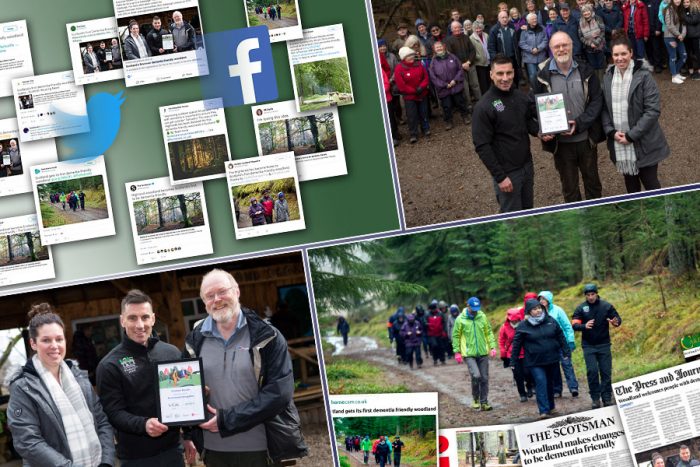 WHEN walking charity Paths for All helped bring Scotland’s first dementia-friendly woodland to life, we made sure the country was talking about it.

Paths for All held discussions with people living with dementia, carers, Health Walking group Step It Up Highland to find out what changes were needed to make Evanton Community Woodland Dementia Friendly – and we helped tell the story about this notable Scottish first.

Our original media release told how a number of changes were made to the area to make it more accessible, including resurfacing the area around the woodland cabin to make it easier to walk around and installing new dementia friendly signage.

Using our expertise to craft a news friendly press release we told the story to the media and landed hits in some of the country’s top newspaper titles and key trade publications.

Our rafts of coverage saw the news break and take off on social media, with well-followed accessibility advisors, tourism and exploration accounts, journalists and members of the public talking about our client’s story on Twitter and Facebook.

Sharing this news builds Paths for All’s reputation as a leading charity which provides the key guidance needed to make important projects such as this happen.  It also raises awareness about the steps that local communities can take, and where they should go for advice, to make their spaces more inclusive.

Could our Charity PR experts help to build your organisation’s reputation?