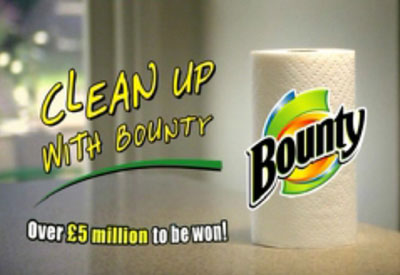 If you genuinely have an attention span that doesn’t extend beyond 140 characters, then it’s already time to move on pardner.

There you go – only 104 characters in and the sad truth is if anybody is bothering to read this, I’ve probably lost them already.

Why? Well, it seems we have all developed the mental absorbency of cheap kitchen paper towels. In this golden information age we are happy to soak it all up – but only in 30 words or less.

Y’see, apparently Twitter is killing blogging. Who says so? A small army of commentators, arbiters, the switched on, the wired up and the plugged in.

Yep, the net hip are lining up (better hope it is a short queue, mibbes 140 people or less) to predict the death of blogging.

Articles in the New York Times, Wired.com and BBC online have all debated the issue. And on the blogosphere, there are any number of posts about “death of blogging” – the so-called post that just refuses to die.

A few ironies to note here:

1 – All of the articles debating the mercy killing of blogging by the brevity of Twitter are, well, long.

2 – It took more than 100 years for anybody to deliver a near fatal blow to newspapers (and the hardy buggers are still fighting gamely in a Web 2.0 world) – yet the “New Media” has apparently killed off one of its own in less than five years.

3 – I found the link that introduced me to this thread on, ahem, yes…well, on Twitter actually. Earlier today.

There are many merits to the web-enabled world. You only have to read the accounts coming out of Iran to see how it has shaken the order of things.

But for most of us there are probably less prosaic and more mundane reasons to celebrate the … onlineyness of stuff.

Liike the speed and ease of Google and how it has almost entirely replaced proper journalistic research; the pub quiz cheatability of Wikipedia; or the 30 second novelty factor of Googlemaps street view.

We should actually hate all of these things, but they’re just so damn convenient. Which brings us back to Twitter. Why bother reading a news site, a blog or even a Facebook entry when you can keep tabs on everyone who’s anyone and everything that’s anything in a compact and bijou 140 character box?

‘Cept it’s not that easy, really is it? Dunno about you but I’ve spend the past few weeks trying desperately to keep up to date with Twitter (and its fat, ugly sister – Facebook’s “What’s on your mind?” application).

Now I’m fried after a frenzy of trying desperately to follow every link, every tiny-url and every spin off thread that catches the eye.

The result is that I feel like the pin-headed character in Gary Larson’s Far Side  cartoon, asking: “Please may I be excused? My brain is full.”

For me the biggest thrill of the Web 2.0 explosion was the discovery of blogging. Recently, of course, I’ve barely blogged a word. The culprit isn’t just weight of work – it’s social network exhaustion.

The simple truths is this. I. Cannae. Keep. Up.

So, in the hour and a half it would have taken me to retweet a dozen messages from online strangers and plough me way through Lord-knows-who’s Facebook photo albums I decided to write a long overdue blog post instead.

And what about tomorrow?

Well tomorrow’s going to be an even more exciting new dawn. I’m gonna make a cup of tea and sit down and read a real, paid-for newspaper cover to cover.

(And for the final word on why Twitter can’t be allowed to kill blogging, read this post by Joseph Jaffe at his Marketing Profts Daily Fix)