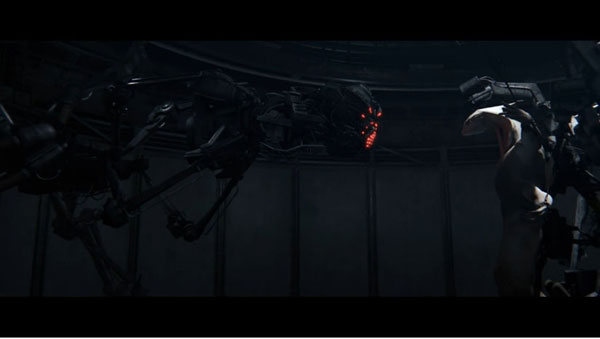 Keep up to date with the teams antics by checking out our Facebook, Twitter, Google+ and LinkedIn pages.

Who said science fiction had to be hard to make and extortionately expensive? A 22 year old German digital film and design student, who has created his own animated Holywood-style sci-fi short, is headed to Holywood. Kaleb Lechowski’s film, R’ha, is of such a high standard that Scott Glassgold, of IAM Sports & Entertainment, said “There are shots in there that look like they are from a 150-million-dollar movie.” Titled R’ha, the film is a fully computer animated six-minutes short in which machines rebel against their rulers, an alien species, and force them out of their planet. It is nearly impossible to believe this piece of art could have been created by only one student, and to check it out yourself, click on the link below.

Probably something we are all glad to see on the endangered list; pubic lice or to refer to them by their more common name ‘crabs’. The crab-shaped insects that have dwelled in human groins since the beginning of time are at threat of becoming extinct. Doctors say that bikini waxing is most likely the cause, seriously! The removal of pubic hair has become more popular over the years and has led to a life threatening reduction of crab louse populations. For more giggles on this strange but true story, click on the link below.

It was a rite of passage whilst studying at Aberdeen University to stop by the sketchiest bar in town for a mind altering kind of shot called a ‘Purple Rain’ – which involved sambuca being set on fire and the fumes inhaled through a straw. I always thought that consuming alcohol in this fashion would be a great way to get merry without the calories, and it turns out that there is a contraption that answers my prayers – the Vaportini. Invented by a Chicago woman for the bar that she owns, it is also available to buy online for only $35!

AN OPEN LETTER TO OPRAH (Gaynor)

In the run up to Oprah’s interview with cyclist Lance Armstrong many people are anticipating how the talk is going to go after the allegations that were posed to him last year. It seems the Sunday Times is one of them. They have put together a print ad for the Chicago Tribune which is an open letter to Oprah asking her to ask some serious questions of Lance. It all stems back to the cyclist suing the paper back in 2004 for libel after printing allegations of doping in which they had to eventually apologise. This seems a case in which they want to get their own back rather than anything else.

Christine Assange, mother of notorious WikiLeaks founder Julianne Assange, has attacked on Twitter the Oxford university students planning to protest against the appearance of her son at the university union. Julianne Assange was to speak at Oxford university’s debating union on 23 January at the Sam Adams Awards, which celebrate “integrity in intelligence”, an award Assange won in 2010. However, on this being announced, Oxford student and feminist Simone Webb set up a Facebook group to organise protests in London and Oxford. Those who have come out in support of the protest have been branded “a gang of rabid, irrational frenzied feminists”, by the founder’s mother.