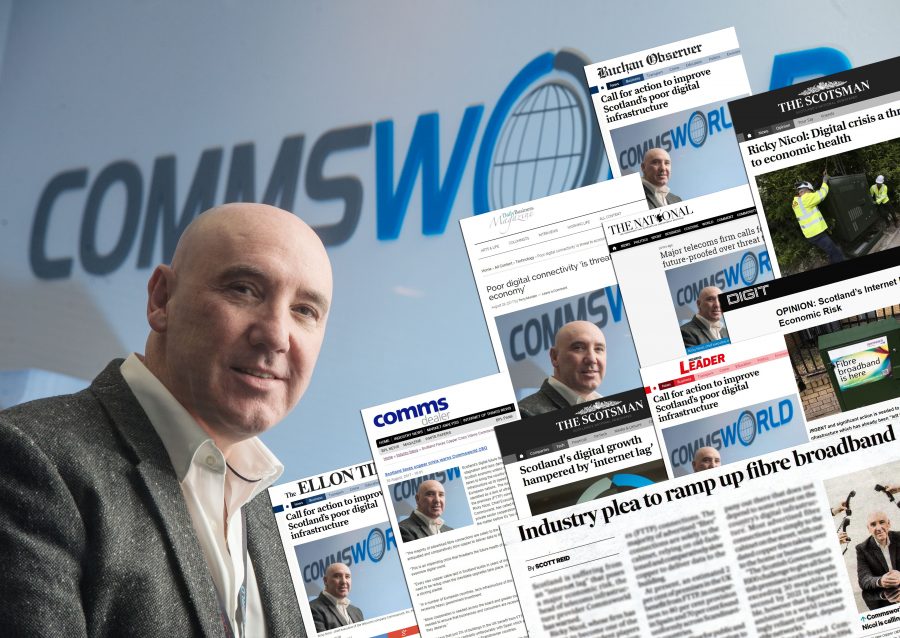 SCOTLAND is facing a major economic crisis as its creaking network infrastructure gets increasingly left behind by European neighbours.
That was the warning by Commsworld chief Ricky Nicol, which we helped to tell to the world in plain, stark terms – highlighting the scale of the issue to a broad audience.
First appearing as a comment article in the Scotsman 200 series, we took the key details and turned a media release into press success.
Our story generated the following highlights:
– 19 cuttings to date generating approximately 665,000 opportunities to see the coverage
– First person comment piece in The Scotsman 200
– Further national coverage in The Scotsman’s business pages, and in The National
– Top online business coverage in DailyBusiness and SBNN
– An author contribution in highly regarded tech site Digit.fyi
– Wide ranging regional coverage, from Hawick News and Falkirk Herald to Buchan Observer and Inverurie Herald
Further to this, Ricky Nicol was picked up as a “connection in the news” via Linkedin’s new service, alerting all of his many connections and followers. 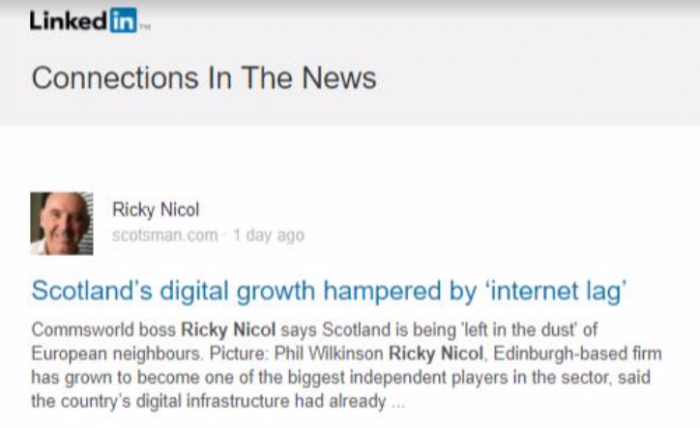 In reaching a wide number of people, including readers of influential business titles as well as tech press and regional press – the areas most affected by slow internet – our coverage is helping Commsworld with its core business objectives.

Looking for experts in Tech PR in Scotland?

We believe stories are at the heart of every business and if told correctly, help them become more profitable as well as being happier places to work.
Get in touch with our team of communicators on 0131 561 2244 or by using the form below:
Contact Form