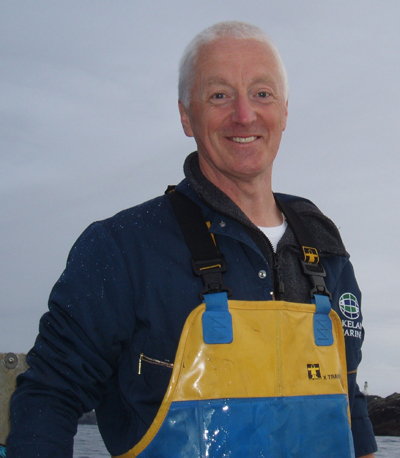 A Meridian Salmon Group employee from Lochgilphead has been commended for his contribution to Scotland’s thriving fish farming industry.

In a special edition of the industry’s most respected publication, Fish Farmer, Colin Blair was named among a selection of the ‘founding farmer’ of the sector.

Colin, who began his career as a husbandryman at a salmon farm in Loch Craignish at 16, is now Seawater Director for the Meridian Salmon Group.

Speaking of Scotland’s salmon farming industry and the sometimes unappreciated role it plays in the country’s economic fortunes, Colin said: “I thoroughly enjoy the diverse nature of the job, that’s why I have stayed in the sector for so long, I am very proud of it and always promote it when I am given the opportunity.

“In some of theses areas there are few alternatives for long term careers, but salmon farming offers opportunities to local people at all levels.”

Colin who has been with Meridian Salmon Group for almost 30 years has worked on sites from Argyll right up to Shetland and is based in his home town of Lochgilphead.

He continues: “The media seems to like giving a platform to certain single issue campaigners which distorts peoples’ idea of salmon farming, but every person I’ve ever taken on a visit to one of our sites has left with a more positive impression.

“It is important that people see the reality of the industry, which would help to tell a more positive story, although, like all industries, it does have some environmental impact, the impact is both controlled and measured.

“Furthermore the Meridian Salmon Group is one of the few employers in the areas in which we operate that does not rely heavily on government funding or subsidies.
“As I mentioned before there are not many options for long term careers in some of these areas, however salmon farming has and will continue to provide opportunities to locals at varying levels.”

He said: “I have always said that our staff are the best in the business, so it is not surprise to have two of our senior mangers acknowledged among the most highly regarded professionals in our industry.”

Rob Fletcher, Editor of the Fish Farmer, said: “This special issue features interviews with some of the longest-serving people in the UK’s salmon farming sector and helps illustrate the rich and varied careers that aquaculture has to offer.

“The dedication of individuals such as these has also helped to ensure that fish welfare remains a priority and that Scottish salmon retains its premium as a world-class product.

“It is thanks to the innovation, determination and hard work of these elder statesmen of the industry that salmon farming has managed to grow so successfully and so sustainably in such a short space of time.”

Meridian Salmon Group is one of the top five salmon farming companies in Scotland, employing 350 people particularly in small communities in Shetland, Orkney and the West Coast.

The firm operates at 61 sea sites and 19 freshwater sites across Scotland and Cumbria and is currently developing its new facility in the former Lexmark building in Rosyth, which will be the biggest processing plant in the UK.

The company’s investment is particularly crucial in Scotland, where it helps supports an industry that directly employs 2124 people – and thousands more in the salmon supply chain.

In particular, hundreds of jobs and fragile rural, island economies are dependent on the salmon farming industry, which is now Scotland’s biggest food exporter and worth £1.4bn to the Scottish economy in the last four years.

More information about Meridian Salmon Group can be found at www.meridiansalmon.com 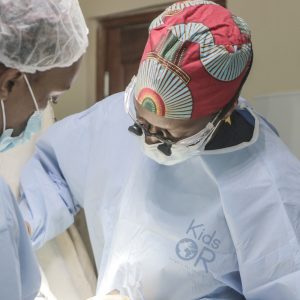