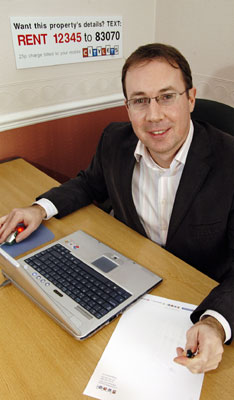 People renting property are benefitting most from the beleaguered housing market with wider choice and rents continuing to fall across the country, according to latest research by Scotland’s leading letting portal Citylets.

The latest Citylets quarterly report, which covers the period April to June 2009, shows average rents declined for the second consecutive quarter and are now 3.3% lower than the same period in 2008.

High stock levels have forced landlords to lower prices to secure leases yet properties are still being slower to let than in previous years. With cheaper mortgages however, many property owners are seeing their overall yields improve.

www.citylets.co.uk was launched in 1999 and is Scotland’s most successful lettings portal. Its quarterly report is the country’s only detailed and independent barometer of the rental market, based on 50,000 annual lettings from over 250 agents. It is now a respected tool among investors, landlords and letting agencies.

The report shows that the fall in rents has been widespread across Scotland over the last quarter, but in certain sectors – such as larger student flats – prices have held up well.

The high availability of rental accommodation has also seen significant increases in time-to-lets (TTLs) with properties taking on average 14 days longer to let than a year ago.

Edinburgh has experienced the greatest changes in rental activity. One bed flats took almost twice as long to let and rents fell 5.1% to £503, compared with last year.  But new-build flats in the Leith waterfront recorded the biggest falls – down 10%.

In Glasgow, rents for one and two bed flats fell on average by 1.3% and 0.9% respectively.  Aberdeen maintained the pattern of recent years with one bed flats letting quickest of all regions, but rents also fell by 3.2% while two beds fell by 7.1%.

Thomas Ashdown, the entrepreneur behind Citylets Network which includes major partner brands such as s1homes and Primelocation, said that whilst rental levels are falling which will be pleasing to tenants it is not all bad news for landlords.

He said: “Although the continued decline may be of concern, the fact that rents have only fallen 3.3% year-on-year during the sharpest recession in living memory and with other business sectors experiencing near catastrophic collapses, I’d say this is by no means a disaster for the vast majority of landlords.  In addition, low interest rates on mortgages are still widespread.

“That said, the full impact of fast rising unemployment may yet to be felt but there are positives to be taken out of this report for both landlords and tenants.”

Thomas added that whilst the growth in stocks has slowed considerably from earlier this year suggesting the fall out from the sales market – triggering a rush of so-called reluctant landlords – has stabilised, the high volume of rental property is likely to continue to depress rents and maintain increased time-to-lets particularly for one and two bed flats.

“But rather than falling rents, longer time-to-lets is the biggest concern to landlords just now.  60% of properties took more than a month to rent in the second quarter which means more landlords will be experiencing void periods.

“Expectations need to be adjusted to market conditions and landlords may need more patience and marketing expertise to find their next tenant. It would certainly help for them to market their property earlier perhaps asking for two month notice periods from existing tenants.

“If a landlord or their agent is using Citylets as part of their marketing mix then that’s a major box ticked – we have a combined annual audience of millions of Scottish property renters.

“Although down from the record levels of 2008, demand remains fairly healthy overall with some sectors such as larger student properties apparently fully recession proof, but we expect this to weaken towards the end of the year as the number of people losing their jobs bites.”

Steven Currie, director at Edinburgh-based Murray & Currie Property Sales & Lettings, added: “The current state of the rental market has created benefits for both landlords and tenants.

“At the turn of the year, there was a huge over-supply of properties caused by reluctant landlords and rents fell as a result, but this has diminished now. These days there is still a lot of demand for rented properties among tenants but, as there is less supply, landlords are finding that they can still get a good rent for a good rented home.

“Although void periods have been a big concern for landlords in recent months, we’re also starting to see a change in the market. Many tenants are now happy to take up longer leases in order to stay in a good property, which is good news for some landlords as they won’t face having weeks where their property is empty.

“The initial panic caused by the housing market slump appears to have softened and we’re hoping to see a more positive scenario over the coming months.”

The full report can be found on the Citylets website, which is highlighted through the media by Holyrood PR PR in Scotland.