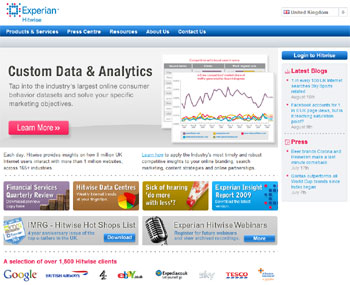 Scotland’s leading lettings portal has cemented its credentials after being confirmed once again as the UK’s most popular dedicated residential lettings website in July.

According to Experian Hitwise, the online competitive intelligence company, in a custom category of residential lettings websites more people visited citylets.co.uk than any other in the UK for the fourth month in a row.

Citylets’ network partner s1rental.com came second giving the two portals a combined audience of nearly triple that of its nearest UK rival despite neither targeting any part of England or Wales.

Thomas Ashdown, the entrepreneur behind Citylets Network – which includes major partner brands such as Findaproperty, S1homes and Primelocation – said that he was delighted to have topped the category.

He said: “The last twelve months have been phenomenal for us and this just shows how popular citylets.co.uk has become. It really helps to have an independent and respected third party such as Hitwise elucidate our market position which gives our customers a clear framework within which to make comparisons and buying decisions. We have over 50% more visitors to the site than this time last year.

“I remember when Citylets started out ten years ago we were excited to get several hundred visitors to the site in a week. Now we are achieving a weekly minimum of 50,000.

“It’s also pleasing to see s1rental.com, one of our network partners, ranked second in UK by the same measure. Between us, we have nearly triple the audience of our nearest competitor which purports to be UK wide and the gap seems to be widening. We only cover Scotland and N Ireland.”

“Citylets is a network of property portals so it seems right that our proprietory site of the same name – citylets.co.uk – leads the way. Coming top of this list is testament to the continued investment and hard work put in by our talented team who deserve a lot of credit.”

Hitwise is the web’s leading competitive intelligence agency analysing the internet usage of no less than around 8 million UK users daily. The agency analyses data provided by leading Internet Service Providers to provide a range of industry standard metrics relating to the viewing of websites including page requests, visits, average visit length, search terms and behaviour.