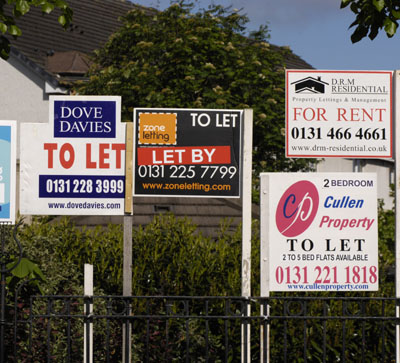 The increasing number of Scots home seekers looking to rent rather than buy has sent Scottish lettings website Citylets soaring to the top of the online property charts.

According to competitive intelligence business, Experian Hitwise, Citylets was the most visited residential lettings site in Scotland and across the UK. It also experienced nearly 50% visitor share over the last six months.

Thomas Ashdown, founder and managing director of Citylets, said the results reflected both a growth in the rental market in Scotland and an increasing market share won by the Citylets site.

He said: “An ever increasing number of Scots see renting as tenure for the medium term. It’s no longer a quick stepping stone to home ownership.

“A combination of lack of mortgage availability and uncertainly over future house prices underpins demand and as a result, we have seen our visitor numbers treble in five years.”

Rents in Scotland’s urban centres haven’t yet risen to significantly outstrip inflation. However Ashdown predicted this may come to pass in some parts of the country, sooner rather than later.

He continued: “We are seeing very high demand in Edinburgh and Aberdeen in particular for quality rented accommodation.

“With tenants staying longer in rented property, this squeeze on supply is starting to be felt in Scotland’s rental hotspots.

“As agents adjust to the new landscape, it is likely rents in urban hotspots will rise more sharply now than in recent quarters.

“I believe Edinburgh and Aberdeen will see relatively significant rent increases this year. Our next market report will be out in later in January.”

The number of agents listing on the Citylets site grew by 13.3% in 2012, which Ashdown attributed to a, “Successful year at the office,” rather than representing an influx of new agents capitalising on the strong demand.

He added, “With all the legislative change, I think 2012 will go down as a year when many agents felt like leaving the sector, not diving in.”

Citylets also signed an exclusive media partnership with Scottish TV last June. Since then over 1000 TV ads for Citylets have been aired, many co-branded with STV for the promotion of their STV Local group of sites.

He said: “The media partnership with STV is a significant development for Citylets.

“We’ve aired over 1000 TV ads in 2012 and this has contributed to a rise in our market share. In the latter half of 2012, almost 50% of all website visitors to mainstream Scottish letting sites went to Citylets.co.uk.”

Ashdown has promised to deliver a range of unique innovations in 2013 for both consumers and agents to meet his ambition for Citylets to remain the UK’s most visited residential lettings site.

Citylets was launched in 1999 covering Scotland and parts of N Ireland. It is currently the UKs No1 residential lettings site according to online competitive intelligence agency, Experian Hitwise, and recently won Best Niche Portal at the inaugural PropertyDRUM awards in London in May.

Its quarterly reports are the only detailed and independent barometer of the rental market, based on more than 70,000 annual lettings from more than 400 agents. It is now a respected tool among investors, landlords and letting agencies.

The next Citylets quarterly data report, showing the rental figures for Scotland during the fourth quarter of 2012, will be published in January.

Comments Off on “Vaulting” 6.5 metre-tall city apartment hits the market

Comments Off on “Vaulting” 6.5 metre-tall city apartment hits the market