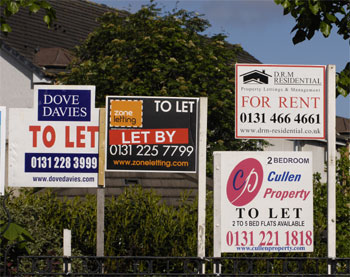 Scotland’s leading lettings portal Citylets has responded to the coalition Government’s Budget announcement that capital gains tax is to be increased to 28% for high income earners.

Following the announcement, Dan Cookson, market analyst with Citylets, said: “Almost 250,000 households currently accommodated within the Private Rented Sector, which is playing an increasingly significant role in the provision of housing in Scotland. These homes are provided by more than 100,000 private landlords – with the majority being individuals, couples or families.

“The ongoing credit crunch is making it harder for prospective first time buyers to make their first purchase, due to high prices and high deposit requirements, so these people are staying longer in rented accommodation. The tenant demand for rental properties is strong and likely to keep going up but the supply of suitable Private Rental Sector property is not keeping pace with this increased demand – because Private landlords are finding access to mortgage finance very restricted.

“The majority of private landlords in Scotland have very small portfolios and are looking for capital growth on their investment. If landlords are discouraged from remaining in the market by the lower prospects of decent capital gains then there is a distinct possibility that they will consider alternative investments to ‘buy to let’ in the future.  This suggests there might not be enough properties to meet the growing demand in the future and rents will likely rise.

“The Government’s decision to increase capital gains tax to 28% is likely to have an impact on the private rental sector. Although it is not as high as the 40% to 50% rises that were being suggested last week, landlords will still have to adjust to a new investment landscape in which the housing sales market is likely to be flat and where reliance on capital appreciation and disposal will not generate the returns of former years.

“I believe a ‘rental income’ based approach to property investment will be the way forward – which will encourage or require landlords to enhance and maintain their properties to the highest standards so that they can achieve the higher rentals.”

www.citylets.co.uk was launched in 1999 and is Scotland’s most successful lettings portal. Its quarterly report is the country’s only detailed and independent barometer of the rental market, based on over 50,000 annual lettings from more than 300 agents. It is now a respected tool among investors, landlords and letting agencies. Citylets enjoys high profile media coverage and PR in Scotland due to the work of Holyrood PR public relations in Edinburgh.