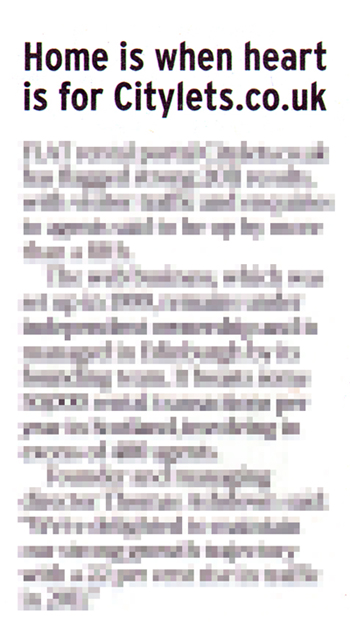 PR in Scotland with Scottish Press for Citylets

Scotland’s rental portal Citylets has reported strong results for 2011 with visitor traffic and enquiries to agents up by more than the fifth.

With 50,000 rental transactions involving more than four hundred agents the leading rental portal in Scotland was set up in 1999 and still remains under independent ownership.

The firm is also well known for it’s quarterly data reports on the private rental sector.

This coverage was secured with The Scotsman as part of a sustained public relations campaign carried out by Holyrood PR on behalf of Citylets.