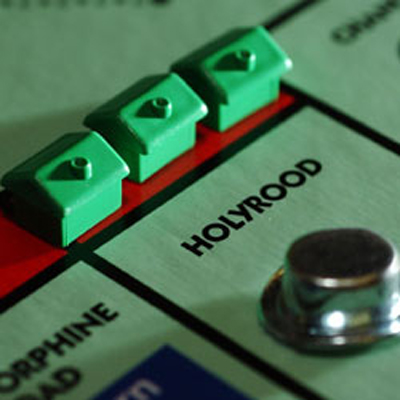 The only detailed report into Scotland’s private rental market has reached a five year milestone, showing the sector to be in fine health.

After 20 consecutive quarterly publications, the latest Citylets Report – for the last 3 months of 2011 – caps five full years of analysis and reveals a thriving market where the volume of quality properties to let is higher than ever, rents are easing upwards, yet landlords are resisting any urge to squeeze tenants.

Dan Cookson, senior analyst with Citylets, said: “For us this 20th report is an important milestone, so it is pleasing to see that the private rented sector (PRS) has expanded dramatically over the last five years and our reports are of growing relevance.”

“Generally landlords are enjoying steady increase in rents, while properties are generally empty for less time. The good news for tenants is that rent rises are well below inflation. Landlords are not being greedy. It’s a competitive market and most of them are in it for the long-term and realise that short term rent hikes are likely to lead to longer void periods.

Citylets is the UK’s No 1residential letting portal and established its quarterly datareports in 2007 to fill a knowledge gap about the Scottish rental market. Despite the fact that more than one in 10 homes in Scotland is rented privately, there was little detailed information about the sector.

Since Citylets enables more than 50,000 rental transactions per year in Scotland, involving over 400 agents, founder Thomas Ashdown recognised the potential to provide a credible, regular insight into the sector.

The Citylets report is now well established as the definitive guide among landlords, investors and letting agents and now it is being used by housing influencers, including public policy makers, social housing leaders and property developers.

Dan Cookson added: “I think our report has come of age after five full years and 2012 promises to be an exciting year with a range of new data services being developed by Citylets, as the depth and quality of the date mean it is increasingly sought after.

“We are already in discussions with public policy makers, who are interested in the data, because accurate information is essential to the planning of Scotland’s housing future. We’ve also been liaising with a number of social housing organisations, who believe the data could help them plan more effectively.

“We’re also working with forward-thinking developers, who know the days of building anywhere are behind them.  Now they need to be more considered about the sites they choose, which requires access to detailed data.

“All of this underlines our commitment to continuing with the quarterly report and proves that, until Citylets stepped in, Scotland was missing a vital piece of the housing information jigsaw.

Citylets’ figures show that in Q4 2011 the two bed flat accounted for 41% of all rentals, while a further 29% of Scottish rentals involve one bedroom flats.  Houses now account for just 20% of all rental transactions but this figure was 13% at the time of the first report in Q1 2007, and the increase highlights the growing number of families that are living within the private rented sector.

Aberdeen and Edinburgh continued to perform well with rents rising across most property sizes.

Aberdeen remained the most expensive part of the country for rentals, with the average rent for a two bed flat standing at £830 (up 2.1% on Q3 2010), with an average TTL of just 21 days. For one-bedroom properties in the Granite City, rents rose 0.5% to £578, while demand is so great the average TTL is just 18 days.

In Edinburgh, for the period covered, two-bedroom properties attracted an average rent of £711, a year-on-year rise of 1%, while properties took an average 29 days to let. Meanwhile one bed rents reached £555 on average, up 4.1% on the 2010 figure, while average TTL was just 25 days.