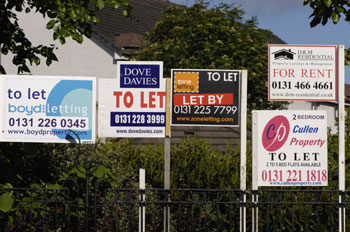 Scotland’s leading lettings portal has announced the development of a new mobile phone app to help tenants across the country find new homes to rent.

Citylets has developed an app for mobile phones that use the Android operating system in order provide renters with an additional method of searching for properties to let and to further the company’s reach across Scotland. The app, currently in Beta testing, will be released in the third quarter of 2011 and is believed to be the first of its kind in Scotland.

The announcement comes after the portal’s existing iphone app achieved a 3-star rating on Apple’s App Store – becoming the only Scottish property app to achieve this rating.

Thomas Ashdown, managing director of the Citylets Network, said: “We’re delighted to have received this top rating because it is voted for by consumers, not magazine editors.

“But it’s clear that Android is becoming increasingly popular in the smartphone marketplace- it is already the dominant player in the US with the iphone in third place. Now is definitely the right time to offer Android to maintain the continuity between Citylets and our users as the choice of viewing platforms diversifies.”

In addition to the mobile phone announcement, Citylets has also revealed that its website www.citylets.co.uk maintained a constant top 100 ranking in the property sector for the past 18 months, according to online competitive intelligence agency Experian Hitwise  It is the only residential lettings site in the UK to do so and is consistently No 1 in its class.

www.citylets.co.uk was launched in late 1999 and is Scotland’s most successful lettings portal. Its quarterly report is the country’s only detailed and independent barometer of the rental market, based on over 50,000 annual lettings from more than 400 agents and is now a respected resource among investors, landlords and letting agencies. Citylets also operates in Greater Belfast and other parts of Northern Ireland.