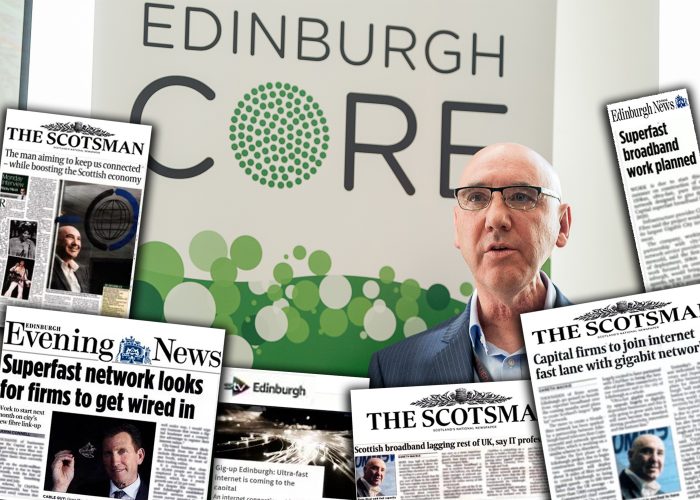 Our expert tech PR consultants helped to ensure a packed room of Edinburgh’s top movers and shakers, also providing pre and post-event media coverage worthy of the landmark announcement, hosted by our clients, CityFibre and Commsworld.

Launching Edinburgh as a Gigabit City, the event detailed how the installation of a pure fibre network will boost internet speed in Edinburgh by 100 times in many places – with huge implications for the Capital’s businesses and organisations.

So how did we do it? How did we create a tangible buzz surrounding the announcement and leading to a media frenzy and some serious business excitement? How did we help the Gigabit City campaign secure an unforeseen number of registers of interest and show real measurable return on investment for our clients?

If you have an upcoming announcement or are in a technical industry, it may be in your interest to read on to to find out more:

When you are launching a landmark event, what is the biggest fear or niggle keeping you up at night? Of course – it is the fear that nobody will turn up.

To ensure a strong turnout, you simply must get the word out to a receptive and interested audience.

Our Edinburgh PR agency managed to land a total of five items of coverage in the esteemed business pages of the Scotsman, for our client Commsworld, referencing the huge new opportunities about to go live in the capital.

Five positive, informative and eye-catching features in one of the most revered sources of business news in Scotland.

Each item helped build the case that Commsworld and CityFibre had something truly important to share – and it lets the readers who own or direct a business or receive an invite to the event – get the feeling that they don’t want to miss out on this announcement.

We were then able to use our media expertise, paired with Commsworld CEO Ricky Nicol’s industry knowledge to turn the story into an insightful first person piece, using the Scotsman’s highly influential ‘Between the Lines’ feature to score more high impact coverage.

But it wasn’t just the Scotsman, before the event a wealth of hugely positive coverage in the Herald, National, Edinburgh Evening News, Sunday Herald, STV and on all the most distinguished Scottish business and technology publications.

To build further anticipation for the project and underline why it is of such significance for the future of business in Edinburgh, with the project which in other cities heralding an instant 1% boost to GDP, we told Scotland’s media that the current infrastructure was failing the capital’s many tech-driven firms.

An online poll of IT decision makers, commissioned by CityFibre, revealed that the Scottish business community was being let down by poor Internet connectivity.

The poll highlighted that a majority of respondents surveyed (52%) feel the country’s broadband is worse than in other parts of the UK. This is despite 61% of IT decision makers citing improved Internet connectivity as key in supporting economic growth.

In the weeks before the event we worked tirelessly to build a guestlist including some of Edinburgh’s foremost movers and shakers – comprising private and public sector institutions. This guestlist was carefully selected and approached in an appropriate manner.

A further benefit of the plethora of positive news articles was that the recipients of the email were often very aware of the event and its significance – and were especially keen to attend. 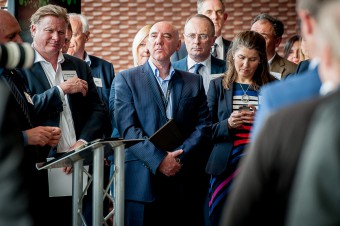 A crammed room at the Apex International spoke volumes of the importance of the announcement – and the hard work undertaken by the various organisers.

Informative and passionate presentations were given from Convener of the Economy, Councillor Frank Ross, CityFibre CEO Greg Mesch, and Andy Arkle and Ricky Nicol of Commsworld.

On completion, the Edinburgh fibre network will span  150km – 50km of which will serve Edinburgh city  centre. Together, CityFibre and Commsworld will  ensure that as many as possible of the 7000 businesses within reach of the network will benefit. The network will be built based on CityFibre’s ‘Well Planned City’ model which accommodates current and future capacity requirements from the business community, public sector, mobile operators and datacentre providers.

Following on from the event, a release was instantly issued to announce the official launch and to encourage businesses to register, so that they can influence the route and reach of the pure fibre network.

This recent media success comes as part of the ongoing work that our dedicated Edinburgh PR agency have been doing for CityFibre and Commsworld. 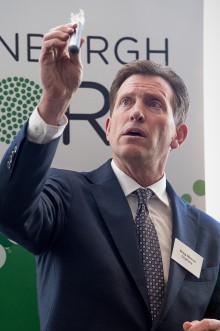 Perhaps even more significantly the ensuing Gig Up Edinburgh project has been able to attract 220 individual businesses to register interest and determine the scale and route of the dark fibre network.

This is far in excess of even the most ambitious initial targets – and takes the Gig Up Edinburgh project well beyond previous Gig Up campaigns in Aberdeen, York and Peterborough.

Intelligent and well applied tech PR and events management has helped to deliver serious business results – smashing objectives and delivering for a landmark project that has the potential to transform business in Edinburgh.

Inspired by our Events and PR Success? Want to get your tech business noticed via our tech PR resources?