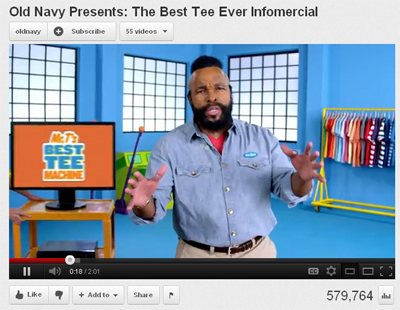 Yesterday, my Facebook home page was completely plagued by snapshots of Starbucks cups with people’s names written on them, and status’ relating to the fact that the coffee chain were handing out free lattes.
In what was a genius PR stunt, every branch of Starbucks in the UK were handing out free coffees until midday to promote the introduction of personalised cups in the UK.
Now, this is may be completely new to us but it has been going on for years Stateside where it is totally commonplace to be asked your name when ordering a coffee in most coffee chains.
So, instead of baristas shouting, “Tall Skinny Caramel Latte With Soy Milk” across the shop, your name will be called out.
It may have cost Starbucks a few bob to shell out for the complimentary beverages but this is surely worth it for the sheer amount of consumer interaction that it generated.
A clever move indeed.
But this guy doesn’t think so, using this opportunity to campaign against the coffee giant…

Mr T has never been afraid of cashing in on his cult credibility, previously having plugged Snickers and World of Warcraft.
He has now turned his hand to hawking t shirts for US clothing chain Old Navy in quite a funny advertising campaign which co-stars actress Anna Faris.
Do you prefer him firing bars of chocolates at you from a tank or educating you on the wears of well fitting garments?

Since releasing the “Kony 2012” video on 5 March, the Invisible Children organisation has garnered lots of attention.  The video has received nearly 100 million views, however as well as positive publicity, the group has received more than its fair share of criticism.  People have questioned some of the claims made by the film and also the real amount of money donated to the cause. Despite all of this, an Advocacy Media study has analysed discussions on Facebook, Twitter, blogs and message boards and has found that 92% of the conversations about the Invisible Children have been positive.  The organisation are obviously doing something right to fend off all the bad press they have receieved over the past couple of weeks and turn it on its head.

The devastating story of a 16-year-old Morrocan girl who committed suicide after being forced to marry her rapist rocketed through the Arab world on Tuesday. Amina reportedly ingested rat poison in her home town of Larache to escape her suffering at the hands of her rapist husband. The suffering of women in the Arab world is regularly documented in the British press but the suffering of many undoubtedly goes unnoticed. After she reported the rape to the authorities, shockingly the two families struck a deal in which Amina was forced to marry her rapist to preserve her family’s ‘honour’. Disgustingly this practice is still common and the case has encouraged people to take to Twitter to express their anger. One Moroccan Twitter user attempted to highlight the absurdity of the practice by posting a mock personal add seeking a ‘kind pervert or preferably rapist for marriage.’
These stories hit home on how lucky we are to live in a country where women’s human rights are respected.

You can always rely on the animal kingdom to give you a laugh.
Found this golden nugget on Buzzfeed which demonstrates animal rivalry at it’s best! One unhappy penguin!